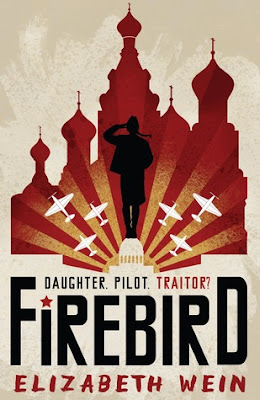 "I am not a traitor" or so claims Anastasia Viktorovna Nabokova, Nastia for short. She is accused of landing her plan in German held territory and although it held personal risks for her, her action defied Stalin's Order Number 227 issued July 1942, disallowing retreat by demanding "Not one step backward." But Nastia did it anyway. Is she a traitor? After you read her story, you can be the judge.

Nastia had just finished high school and working as a instructor at the Leningrad Youth Aeroclub, the only woman except for the Chief Flight Instructor, on the day that Germany begins her invasion of the Soviet Union. Nastia, along with her fellow (male) pilots immediately go to enlist, but while the men are accepted, she is sent back to the Aeroclub to train more pilots. There, the Chief tells her to write to Marina Raskova, a famous Russian pilot who has access to Stalin, if she wants to fly in the war.

Fighting is in Nastia's blood. Her parents were both important participants in the 1917 Russian Revolution, fighting in the Red Army, and her father had been the driver of the wagon that transported the bodies Czar Nicholas II, and his family after they were executed. And although Anastasia was the name of the Czar's youngest daughter, Nastia's parents named her that because of its meaning - rebirth.

As the German's push forward, the pilots are forced to evacuate the Aeroclub and their training planes are taken to a safe place. Nastia and the Chief end up in Moscow. There, they are finally allowed to fly in the war, and the Chief chooses Nastia to be her wingman (meaning Nastia will be positioned behind the Chief's plane). But when the Chief makes a decision to ram a German plane after she runs out of ammunition, Nastia must make a snap decision as well when she sees her parachuting out of her plane and being shot at - land and help the Chief or return to the air base. It's pretty clear from the opening line of this novella what Nastia's choice is. What isn't clear? What Nastia discovers when she lands. Boy howdy, I did not see that coming.

Narrated in the first person by Nastia, Firebird unfolds as an exciting novella as she defends her actions to the tribunal who will determine her fate. It is a short, easy to read book, written in five parts plus a Prologue. The time frame is short, only running from early summer 1941 to spring/summer 1942, but it is a year of change, loss, success and growth for Nastia.

As her story unfolds, Wein has managed to include enough actual history and information about the Russian Revolution and the assassination of the Romanov family so that readers who may not be familiar with it won't get lost or lose interest in Nastia's story. In addition, Nastia is not part of the famous Russian Night Witches who were trained by Marina Raskova, but Wein does acknowledge them in Firebird.  Be sure to read the Author's Note where Wein separates the facts from fiction she used in the novella.

Nastia is a great character, and Wein really brings her to life, but I particularly love her descriptions of the Chief from her bleach blond hair and make up put on like armor to her men's clothing and fancy French corset - what an enigma!

Firebird is another book published by Barrington Stoke. Barrington Stoke publishes books that are adapted for dyslexic and reluctant readers. I've read a number of their books now, and I highly recommend them for ALL readers.

Pair this with Elizabeth Wein's book White Eagles, a book about the Polish Air Force Reserve and the twin brother and sister who volunteer to fly for them during WWII. These will appeal to anyone with in interest in aviation and/or WWII.

This book is recommended for readers age 9+
This book was purchased for my personal library
Posted by Alex at 11:50 AM