D-Day: The Invasion of Normandy, 1944 by Rick Atkinson

Today is the 70th Anniversary of the invasion of Normandy, the event that ultimately turned the tide of World War II in favor of the Allied forces and began the liberation of occupied Europe from the hands of the Third Reich.  What better day than today to review a book about D-Day, all the more so, since I have to be honest and say that, from a military standpoint, I don't know much about the actual invasion.  I have read some books about it, but most were fiction and they were more about the protagonist than the invasion.  In truth, when I look at a photo like this one of Omaha Beach on D-Day, the dyslexic in me sees so much chaos, I don't know how the invasion succeeded. 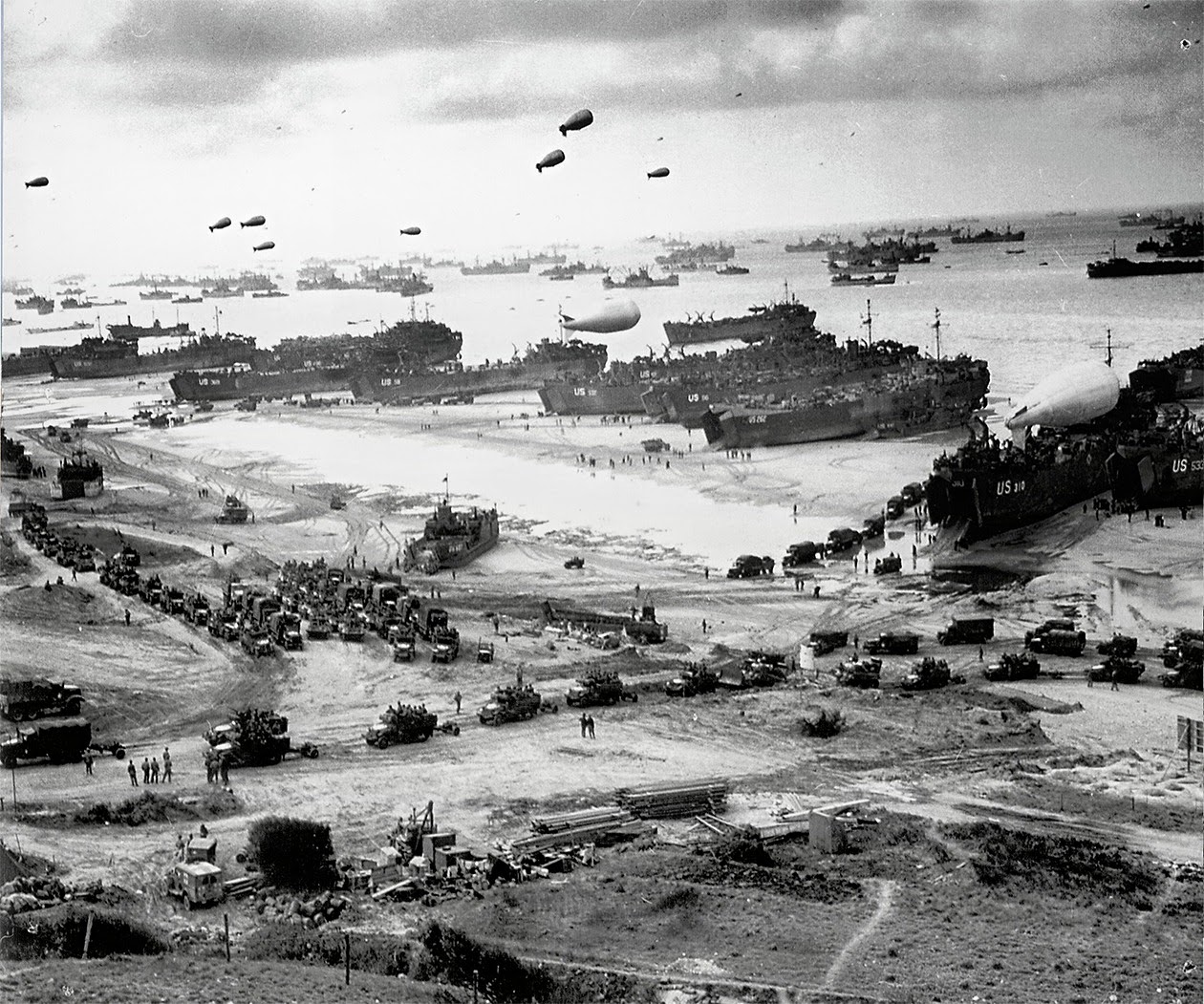 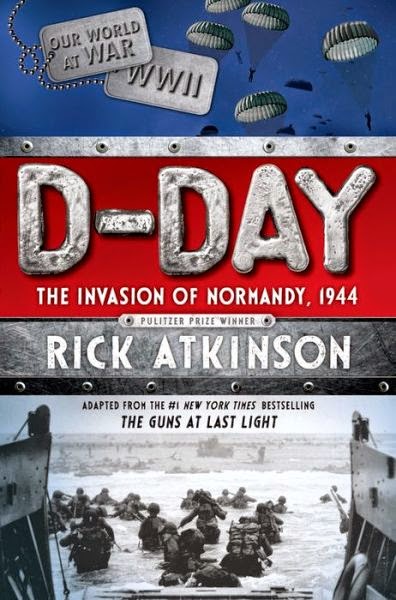 But now, Rich Atkinson has adapted his adult book The Guns at Last Light for younger readers, focusing on the plan. the preparation, the invasion on June 6, 1944 and what happened in the days that followed.  Atkinson begins by taking the reader into the closed door meeting at St.Paul's School in London where admirals, generals, field marshals, logisticians and staff, as well as Prime Minister Winston Churchill, General Dwight Eisenhower and even George VI, the King of England, had gathered for a final review of the D-Day plan.

And what a plan it was.  It wasn't just a question of hitting the beaches and then pushing back the Germans.  All kinds of necessities that you might not realize were needed had to be considered and obtained: things like 301,000 vehicles, 1,800 train locomotives, 300,000 telephone poles, 60,000,000 K rations and a lot of chewing gum, to name just a fraction.  Even the number of crosses that would be used on the headstones of the casualties had to be thought about.

And then, the soldiers had to be trained before the invasion.  For months, all over England, different kinds of military maneuvers were practiced over and over again.

The planning logistics are interesting, but most poignant of all is the actual invasion.  Atkinson makes it clear that the decision to go ahead with the plan was been a very difficult decision for the Allied leaders to make right up to the last minutes, particularly given that weather conditions weren't ideal.  Eisenhower had doubts and fears right up to the night before, even writing a note taking for responsibility should the invasion fail.

But the invasion didn't and Atkinson does an excellent job of breaking this very complicated event and making it comprehensible for younger readers, and me.  Certainly, the Normandy Invasion went off with plenty of hitches, but reading about what these brave men managed to accomplish despite that and despite their own fears is what makes the story of D-Day so incredible.

There are plenty of photographs and maps throughout the book and Atkinson provides lots of interesting front matter such as lists of countries involved, both Allied and Axis; a WWII timeline; and an extensive who was who.  Included back matter has lists of fascinating facts that aren't usually found in histories of D-Day: like the kinds weapons carried by troops; information on carrier pigeons, which were used extensively throughout the war; on Operation Fortitude: the Inflatable Army; how the wounded were cared for; equipment carried by new GIs and more. These are exactly the kinds of concrete details that appeal to many readers.  My favorite: what K Rations consisted of.

Now when I look at the picture above, I don't see just chaos, but an as-well-as-humanly-possible-well-orchestrated plan of attack.  D-Day: The Invasion of Normandy, 1944 is an excellent overview of this important wartime event and should appeal to any young reader with an interest in history, WWII and/or military matters.   And in the end, when I see the row upon row of headstones for the soldiers in the different Normandy cemeteries, it really gives me a whole new appreciation for the meaning of the words The Greatest Generation.