The Swallows' Flight by Hilary McKay 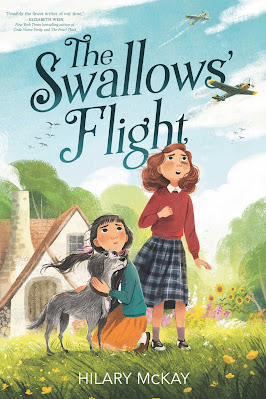 Yes, The Swallows' Flight is a book about WWII and, yes, it is a companion to the WWI novel The Skylarks' War (Love to Everyone in the US) that told the story of siblings Clarissa (Clarry) and Peter Penrose and their friends, and whose children play a part in this novel.  In fact, this novel revolves around 5 children whose lives eventually come together - Erik and Hans in Berlin, Kate Penrose in Oxford, Ruby in Plymouth, and a scrapyard dog in London, though for the most part, the timeline isn't linear.

In 1931 Berlin, ten-year-olds Erik and Hans are best friends with big plans for the future - Erik plans to become head zookeeper at the Berlin Zoo and Hans plans to open a kiosk outside the zoo and sell strudel. But right now, Erik is collecting flies to feed the young swallows he has just rescued. Hans has an Uncle Karl who introduces the boys to flying, which they love, and eventually causes them to become Luftwaffe pilots even though they never supported Hitler and the Nazis.

Although she comes from a family where the girls are all named after flower, in 1927 Plymouth, England, Violet decides to name her daughter Ruby Amaryllis. Not only does Ruby have a different name, but she is born with red birthmarks scattered over her face, causing her feel self-conscious and to shy away from people as she gets older. As if birthmarks aren't bad enough, older brother Will, 8, has no use for his new sister, and as children, he never lets her forget that. Ruby's mother Violet's best friend is Clarry Penrose from Oxford, who is given the honest of becoming Ruby's godmother.

Peter Penrose, now a doctor has married Vanessa and they have six children, including Kate, born in 1928 and who is their youngest. As it happened, Clarry is also Kate's godmother. Into this mix is unofficial cousin Rupert, who is as exciting and interesting to the Penrose children as is Han's Uncle Karl to him and Erik. But Kate is the only one who doesn't get to experience any adventures with Rupert. Kate is a sickly child, with lung problems and a constant cough, and by the time she would have been old enough, WWII had begun. But she is also inquisitive and a keen observer, and begins to keep a diary of everything that happens to everyone else.

Dog lives in East London and no one knows just how old he is. He is kept chained up in the scrapyard, and is supposed to bark away potential thieves, but dreams of running free. The only kindness he experiences is the scrapyard girl who at least acknowledges him with an occasional "hello, dog" and who, at the start of the war, attaches a luggage tag to his collar with the name Pax burned into it. Not long after, Pax is released to fend for himself, but luckily meets the kindhearted Rupert.

The story that unfolds is told in alternating chapters that recounts how the war impacts the lives of each of these five character until their lives converge. It's an unusual format, but one the works beautifully and the non-linear timeline is not at all confusing.  Don't worry if you haven't read the first book. While it is well worth reading, The Swallows' Flight stands alone and there is a even brief family tree for each of the human characters.

McKay's writing is just beautiful and she has skillfully created a heartwarming, inspiration novel that includes appealing character's with distinct characteristics and personalities. There is just enough information about what is going on in the world, especially Germany, to give historical context to the individual stories. There is a glossary in the back matter as well as some historical background.

The Swallows' Flight is available now in the UK and will be available in the US on October 19, 2021

This book is recommended for readers age 9+
This book was purchased for my personal library
Posted by Alex at 12:13 PM 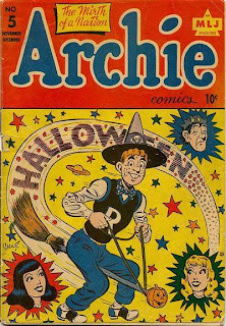