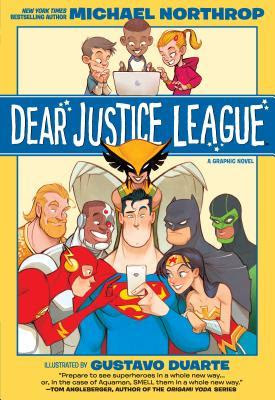 So, you all know how so many favorite Superheroes were a mainstay for American youth during WWII, right? Back then, the Justice League was formed and called the Justice Society of America (JSA), but eventually, morphed into the Justice League of America (JLA). In 2011, the JLA was reintroduced as the Justice League (JL), and that's pretty much where it stands today.*  The name may have been changed over time, but the members not so much - there's Superman, Batman, Wonder Woman, Hawkgirl, Aquaman, the Flash, Green Lantern, Cyborg.

All of this brings us to Dear Justice League. Here are America's great superheroes, seemingly perfect in every way, but haven't you ever wondered if their lives are really as perfect as they seem. Don't they have any faults, or screw up once in a while, maybe make a wrong decision, or perhaps even have some good advice for the rest of us?

Yes, they do and you can find it all between the covers of this delightfully silly, sometimes serious look at some of the Justice League's not so spectacular adventures as they answer emails from some of their fans.

One boy wants to know if Superman is super all the time, so Superman recounts a time he flew into a building because he was texting while flying (twf). This set off a series of hilarious events that he tries to handle all over Metropolis, ending in Superman getting a ticket for, what else, twf.

Does Wonder Woman have any advice for an 10-almost-11-year old? You bet she does, and it involves her 11th birthday and some cake. 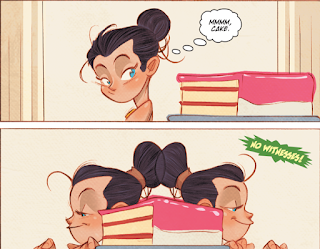 Or how about Batman, always so brave, so fearless, has he ever been scared? asks a boy about to go to a new school and afraid he's going to be picked on the way he was at his old school. 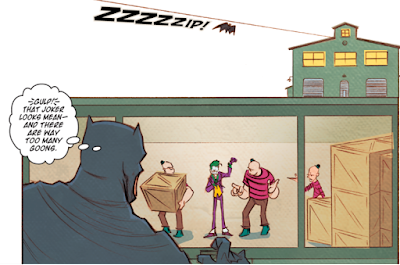 Dear Justice League is divided into nine chapters, one for each Superheroes' story and a final chapter that ties it all together. There is a storyline running through each chapter that connects each story to the others involving a insectoid that escaped Hawkgirl's mighty mace. Insectoids are giant mantis-like alien bugs from the planet Molt-On and can replicate very quickly and easily so it's important for the Justice League to deal with them. But as insectoid's keep replicating exponentially, can they be stopped, even by Superheroes?

This is such a fun book to read, and I know young fans of the Justice League will love it. It has a very energetic, tongue-in-cheek text, but nothing really over the heads of young readers. And Duarte's colorful cartoon-like illustrations will no doubt appeal to kids. I liked that the Superheroes take the time to answer kid's email questions, and the way some of the stories circled back to the email writer to show how the advice they got helped them.

It seems that most kids go through a phase of being totally into Superheroes and this is geared perfectly for the age when that usually happens, a time when kids are out in the world because of school and activities and life is beginning to get more complicated and a little Superhero fantasy helps. I know my Kiddo went through a Superhero phase (and probably hasn't outgrown it yet, if truth be told).

Dear Justice League is a fun definite-must-read book for fans, and ideal for introducing kids to the Superhero realm, and might even hold appeal for reluctant readers.

Be sure to visit the other stops on the Dear Justice League Blog Tour:

*If you really want to read the complicated history of the Justice League, you can find it HERE
Posted by Alex at 1:00 AM