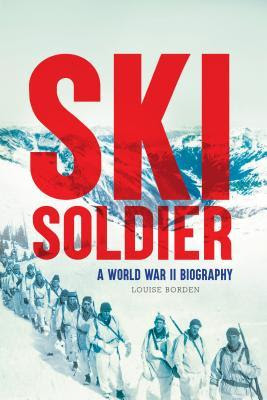 After finding a pair of his mother's old skis in the family barn, 7-year-old Peter Seibert quickly taught himself how to ski and immediately decided there was nothing better in the world than gliding through snow on skis. At 9, Pete got brand new skis for Christmas, and also made a new life-long friend who also loved to ski, Morrie Shepard.

Pete was a skillful skier, spending as much time on the slopes as possible, entering and winning all kinds of races, all while still in high school. He was a 17-year old senior in high school when the United States entered World War II, too young to enlist. He knew it was only a matter of time before he would join the army and defend his country, especially after he heard that they were looking for skiers to form a specialized unit of ski troops.

Pete finally enlisted in May 1943, joining the mountain troops that had been created earlier. He was now part of the 10th Light Division (Alpine). Day after day, Peter and his fellow soldiers trained with the best instructors that could be found, many of them already his skiing heroes.  Their training was harsh and intense, but eventually the 10th Mountain troops found themselves in Italy. Though much of Italy had already been liberated from the Germans, they still has a tight hold in the northern Apennine Mountains. The 10th Mountain Division has orders to break through this German line. This would be no mean feat - the Germans were high up the mountains, and the Americans had to stealthily climb up during the night. After successfully accomplishing what they set out to do, the 10th Mountain Division were given orders to attack the German stronghold at Mount Belevdere, part of the treacherous Riva Ridge. But it was on this mission, that Peter was seriously injured by a mortar attack. 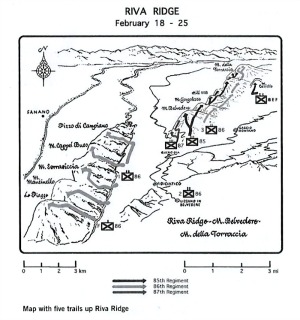 With his left arm almost cut in half and his right leg sliced open, Peter was sent home to recuperate. As he achieved milestones in his recovery, one thing remained constant in his mind - he would definitely ski again, and if he could ski, he could race. So it's no surprise that Peter was part of the 1950 Olympic ski team or that he and his friend Earl Eaton eventually opened the Vail Ski Resort in 1962. Peter Seibert was nothing if not determined to do what he loved best in the world - ski.

You can always count on Louise Borden to find an interesting subject, and write a well researched, very readable book about it (see, for instance, His Name was Raoul Wallenberg: Courage, Rescue and Mystery During World War II). And that is just what she has done with Ski Soldier. Written in blank verse, she introduces young readers to one of the unsung, but very important people that helped the United States win World War II.

Not only is Peter Seibert's personal life well represented, so is his life as a skier and a soldier, so the reader gets a really well-rounded picture of this brave man. He was the embodiment of the themes of courage, resiliency, perseverance, and determination.  Borden also includes lots of black and white archival photographs, many from Pete's personal life. Back matter includes more about Pete Seibert, as well as the legacy of the 10th Mountain Division, and a long list of sources for further exploration.

Ski Soldier is a biography that will be of interest to anyone who likes history, WWII, or just reading about a courageous man.