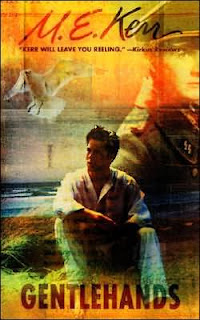 This novel begins like a typical teenage love story. “Buddy” William Raymond Boyle is a 16 year old boy from a lower middle class family, living in a small village near Montauk, Long Island, NY, where his father is the local policeman. Buddy works part time in a soda shop for a pot-head named Kick Richards, where he sees Skye Pennington whenever she comes into the shop. Skye is the daughter of an oil mogul, who summers with her family at their beachfront estate. Attracted by Buddy’s good looks and her own root-for-the-underdog nature, Skye agrees to go out with him.

Buddy is completely impressed by the Pennington estate and the lavish, carefree life-style they live. He had to thumb three rides to get the estate for his date with Skye; the Pennington’s have 6 cars in their garage, including a Rolls Royce and a Jensen. But Buddy isn’t the only fish out of water at the Pennington’s. While waiting for Skye to finish getting ready for their date, Buddy meets Nick De Lucca, a short, bald man wearing yellow tinted glasses, a hearing aid that seems always to need adjusting and holding a fake cigarette to help him quit smoking. De Lucca is a journalist and guest of Mrs. Pennington, a collector of underdogs just like her daughter.

To impress Skye, Buddy does the only thing he can think of – visit his maternal grandfather in Montauk, a man Buddy barely knows and who is estranged from his mother. Frank Trenker is a cultured, sophisticated man, one who listens to music, loves animals and lives in an impressive house at the end of a long private driveway. The house is filled with books, paintings and antiques – all things the Skye is completely comfortable with while poor Buddy doesn’t have a clue about any of them. When they arrive, Madam Butterfly is playing on the stereo, one of Skye’s favorites. Skye is completely impressed by Buddy’s grandfather, as he had hoped she would be.

Buddy is blinded by his feelings for Skye and lives for the moment he can call her. When he promises his father that he will take his younger brother swimming, the promise is forgotten the moment Skye asks him to come over to see her. His feelings for her and his disregard of his brother begin to cause a riff between Buddy and his father, and even though Buddy knows he is in trouble, he is unable to do anything about it, other than go running whenever Skye calls.

Sunday comes and Buddy is supposed to take his brother fishing, but lies and promises something special when he comes back from seeing Skye. Once there, he can’t bring himself to leave. That night, as Skye and her friends are sitting around a bonfire on the beachfront part of the Pennington estate, Mr. De Lucca wanders over and joins them. It isn’t long before some anti-Semitic joke is casually made, causing everyone to laugh but De Lucca. This is followed by a girl’s poem about an alcoholic boyfriend she one had. De Lucca then begins to recite a poem he said was written by a 15 year old girl called Gentlehands. It is about an SS guard who plays the aria O dolci mani or gentlehands from the opera Tosca to torment the Italian prisoners and whom they nicknamed Gentlehands. The girl is his murdered cousin. She had been a prisoner in Auschwitz when this man was a guard there. Everyone has assumed that DeLucca was Italian, and are quite surprised when he tells them that he is, in fact, an Italian Jew. Upset, Skye tells Buddy she has to get away.

A few days later, they decide to drive out to visit Buddy’s grandfather again. The music for the evening is La Traviata, another of Skye’s favorites. They are offered a glass of wine, but only Buddy accepts. Skye and Trenker have a long conversation about expensive pipes and he tells her that his pipe is hand-carved block meerschaum imported from Turkey, costing about $8,000. Trenker also tells them about his one love, a woman he had lived with in Cuba and who had died before he could marry her. The two kids are, by now, completely impressed with Trenker. By the end of the evening, Buddy has had too much to drink and has to stay with his grandfather, while Skye drives herself home. Buddy ends up staying there for four days, using his grandfather’s jeep to go to work and visit Skye.

On her third visit to Montauk, Trenker plays the opera Tosca. At the end, she explains to Buddy that they are singing the aria O, dolci mani or O gentle hands, the same thing the SS guard played at Auschwitz Somewhat freaked, she lets slip that De Lucca has been sitting outside Trenker’s house, watching it, but Trenker just shrugs it off. Soon after this night, DeLucca publishes a story in the newspaper accusing Frank Trenker of Montauk of being an SS guard that tortured and killed people in Auschwitz, including his cousin. His proof is irrefutable.

If this story began like a typical teenage love story, it doesn’t end like one. It was, in fact, a very disturbing story. Kerr plays around a lot with the idea of appearance and reality with a good dose of irony and asks the reader to look at their own definitions of what, for them, is a good person. Basing our definition of a good person on those who appear to be refined, knowledgeable and sophisticated and whose possessions reflect this can be very seductive, as they were for Buddy. But what happens when harsh reality comes knocking and it doesn’t fit this picture? That is what Buddy must contend with in this coming of age novel

The story seemed to drag somewhat in the beginning, but that appears to be Kerr’s style. There is a lot of time spent on Buddy’s relationship with his family and with Skye. I felt it was a little too much time. Then, all of a sudden, things really moved. The flat, expository style at the beginning increased to a sharp contrast at the height of the story, only to slip into a sort of flatness again at the end. But that reflects the rhythm of life.- most days just go along and then, boom, an event of some kind breaks the sameness of ours days for a while, then back to going along, hopefully changed and wiser.

I always find that when I read Kerr’s books, I can’t put them down. This was also true of Gentlehands, making it a book I would highly recommend.

This book is recommended for readers age 12 and up.
This book was borrowed from the Hunter College Library.

More information about M E Kerr may be found at M. E. Kerr and Mary James