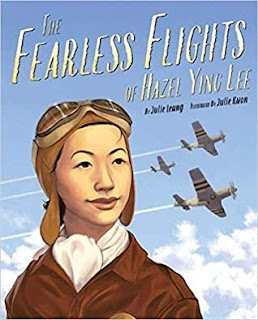 The Fearless Flights of Hazel Ying Lee
written by Julie Leung, illustrated by Julie Kwon
Little, Brown BFYR, 2021, 48 pages
Picture books biographies are such a wonderful way to introduce young readers to heroes they might otherwise never hear about, particularly America's diverse heroes. I recently introduced some young readers to this excellent picture book biography about Chinese American pilot Hazel Ying Lee, who found her story interesting and inspiring, sparking a conversation about finding and following one's passion.
Hazel was fearless as a young girl, and loved speed. She would run so fast it was like her feet never touched the ground, and she would always leave her brothers in the dust. Airplanes were a relatively new thing when Hazel was growing up, but whenever she saw a plane in the sky, she wondered what it would be like to be so fast and high off the ground. 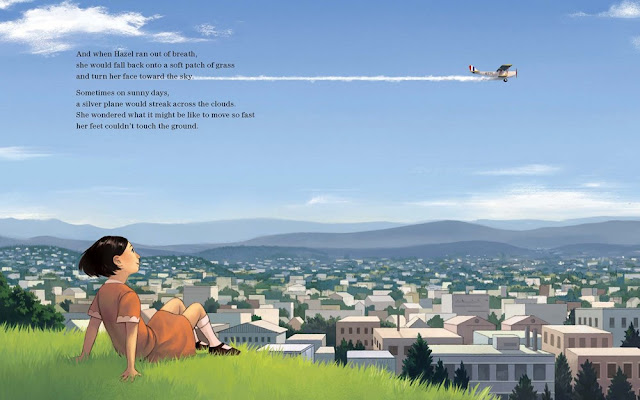 When she got older, Hazel finally got a chance to fly in an airplane, and knew she had found her passion. Although her family wasn't too happy about Hazel's decision to become a pilot, they ultimately accepted it. Unfortunately, people who were Chinese were discriminated against and weren't allowed to go anywhere they wanted, nor were they allowed to hold good paying jobs. Undaunted, Hazel worked as an elevator operator to pay for flying lessons. 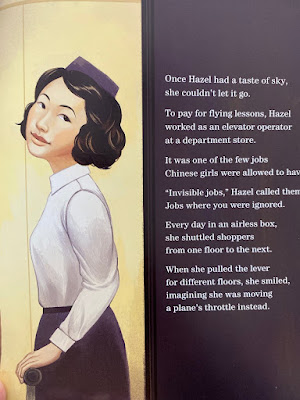 And learn to fly is exactly what Hazel did. But no matter how good she was as a pilot, who would hire a Chinese girl? No one until 1941, when the Japanese bombed Pearl Harbor and the United States entered World War II. 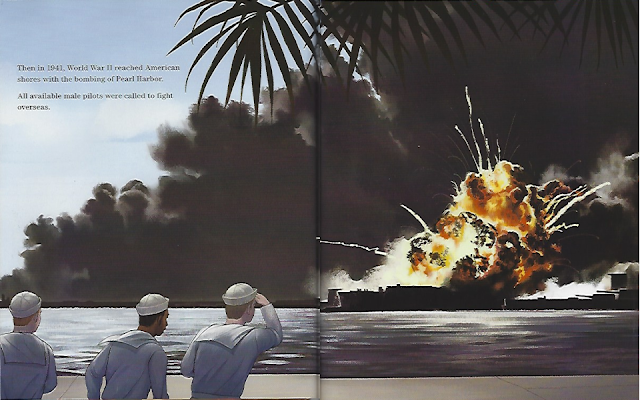 Now that all the country's male pilots were needed to fight, creating a home front pilot shortage, the military developed a program to train women called the Women Airforce Service Pilots or WASPs for short. And Hazel signed up immediately. Here she would test planes right off the assembly line to discover any defects in them, a dangerous task at best, but nothing mattered to Hazel except flying high in the sky and pushing her plane to go faster. 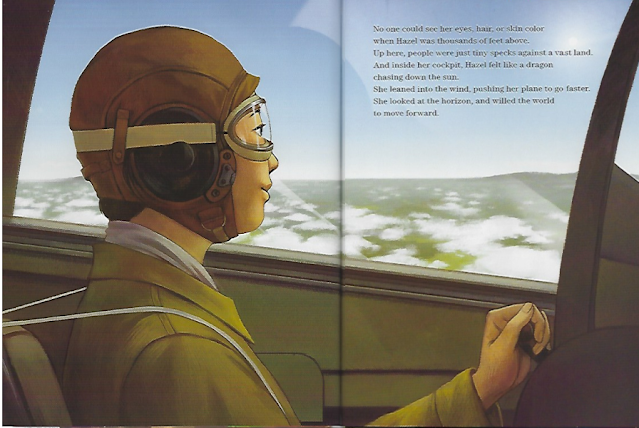 Sadly, in November 1944, a miscommunication caused Hazel's plane to collide with another plane. She died two days later. And when her family and fellow pilots wanted to honor her, they discovered that WASPs were considered to be civilians and Hazel received no military recognition. And despite being a hero, Hazel wasn't allowed to be buried in the whites-only cemetery her family chose in Portland, Oregon.
Writing a protest letter to Franklin Roosevelt about the treatment of heroes like Hazel, the Lee family ultimately won the right to bury her and her brother Victor, who died in combat around the same time Hazel died, in the cemetery, choosing the perfect place for her to be laid to rest - on the hillside with a clear view of the sky. 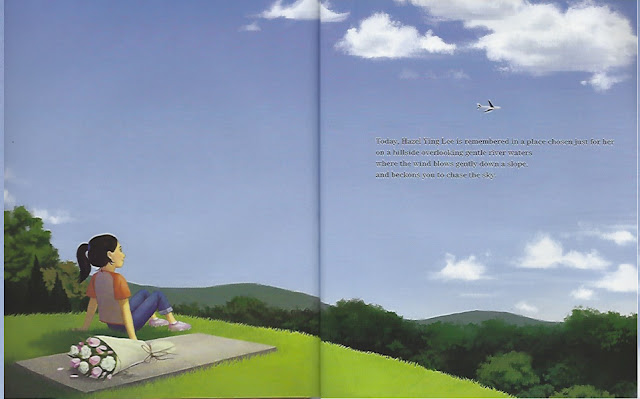 In this well written, well researched picture book biography, Leung highlights Hazel's passion for speed and flying without watering down the racial discrimination that Chinese people faced everyday and Hazel's determination to not let these things stop her. Julie Kwon's digitally created illustrations are, as you can see, clear, colorful and detailed. Back matter includes an Author's Note about Hazel's life and how she discovered Hazel's story. There are also resources for learning more about Hazel, including book, documentaries, websites, and museums.
After I read Hazel's story to  a group of diverse 7-year-olds, it really generated some eye-opening conversation, all agreeing, in the end, that Hazel is an inspiration for all Americans. I think this really points to the importance of all people learning their histories in America and how they contributed to making this country what it is today.
This book is recommended for readers age 6+
This book was purchased for my personal library
Posted by Alex at 11:41 AM