Sunday Funnies #31: Batman with Robin in Swastika Over the White House

Have a Happy Batman Day!

I know it's Saturday, but I thought I'd do a Sunday Funnies post anyway since today is Batman Day, celebrating 80 years of the Caped Crusader and my Kiddo's favorite Superhero. This Batman story is called "Swastika Over the White House." It's from Batman Vol. 1, No. 14 and was published in January 1943. It's one of the few stories that actually relate to the war, although Batman and Robin lots of other things to help the war effort. 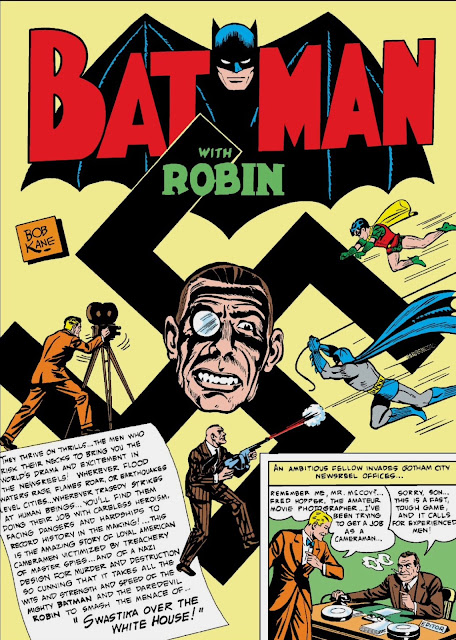 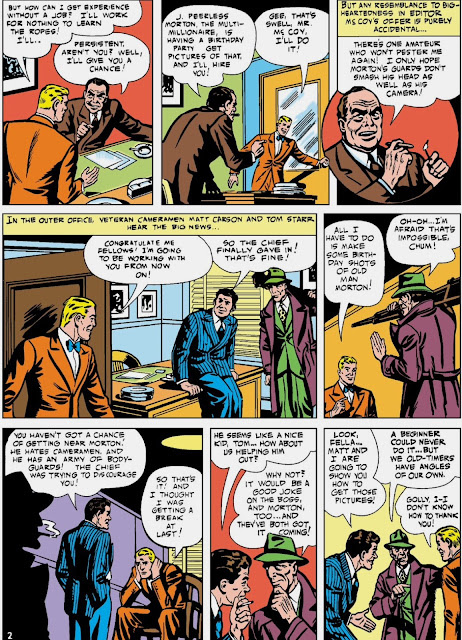 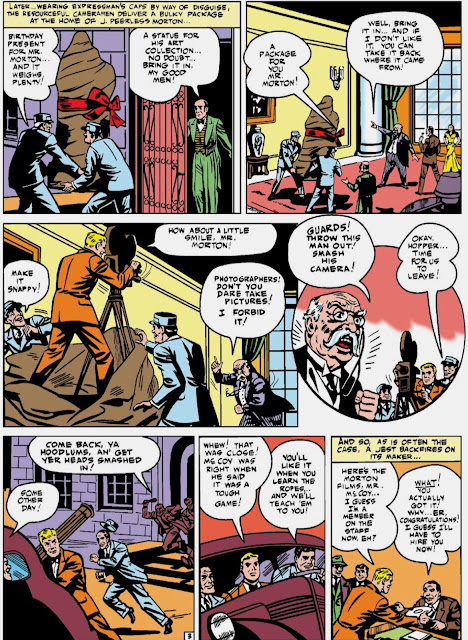 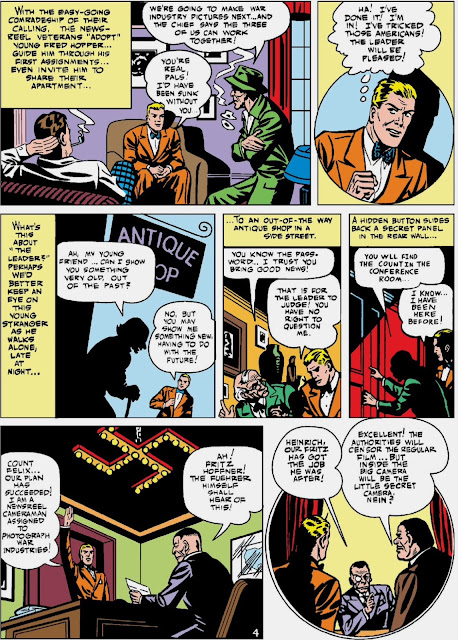 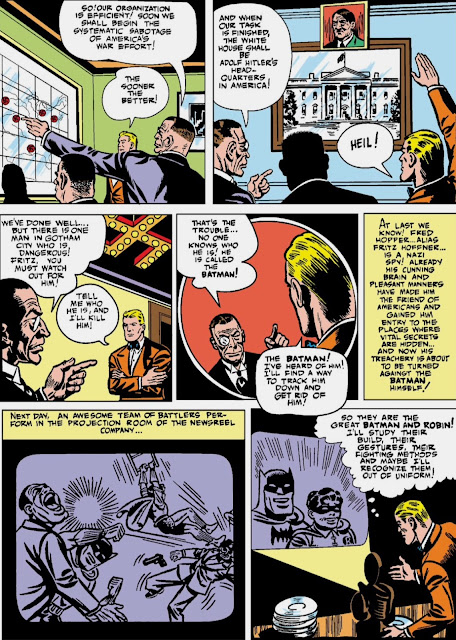 Fred Hopper a/k/a Fritz Hoffner may have fooled the other cameramen, but now he has orders to get rid of Batman. As luck would have it, Batman and Robin were coming by the Gotham City Newsreel offices that very day to help with the nation's war effort. Suddenly, a car appears and shots are fired at the dynamic duo. 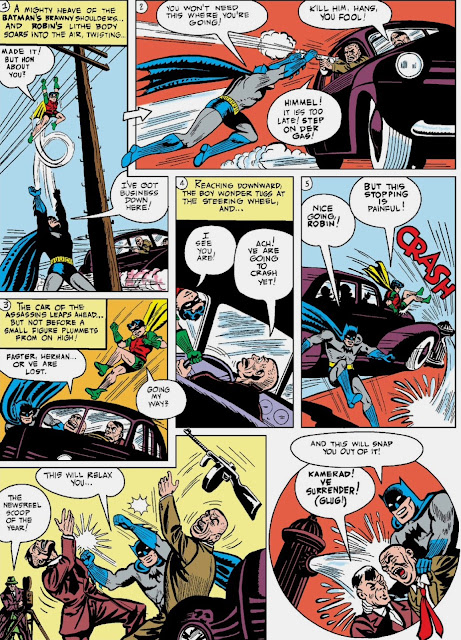 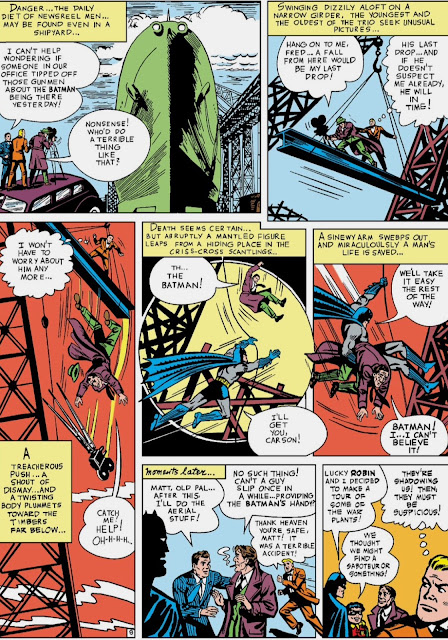 The young Nazi spy may not have gotten rid of Carson, but he does manage to swap out their camera footage of the shipyard to give to his superiors, along with footage of bomber plants, including gasoline storage tanks. Meanwhile, Bruce Wayne and Dick Grayson, in reality Batman and Robin, have suspicions about the cameramen, so that night, out comes pair in the Batmobile, to check on the industrial suburbs of Gotham City. 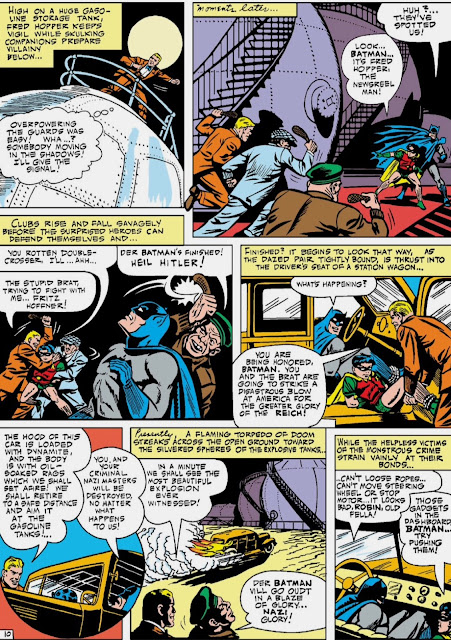 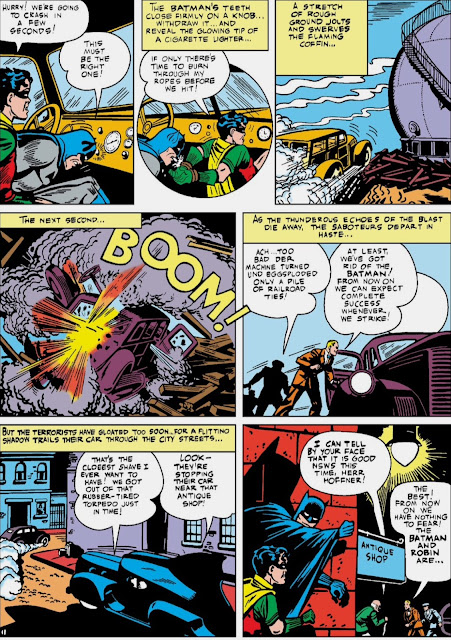 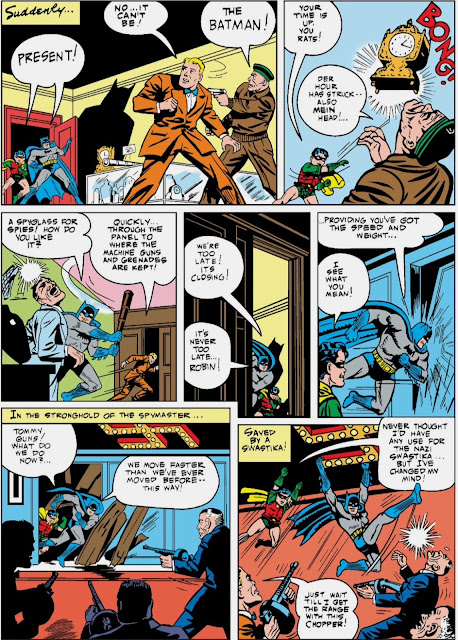 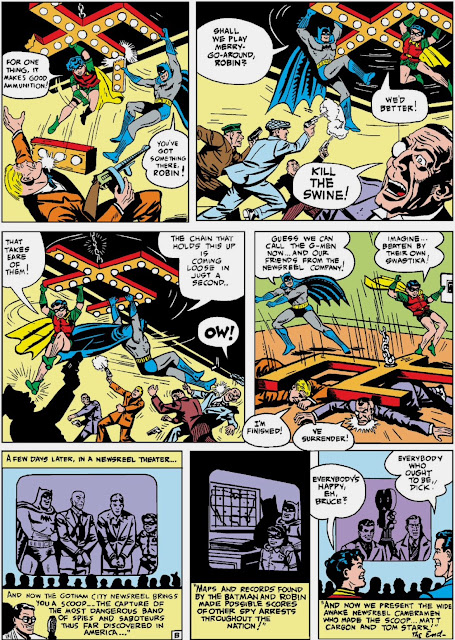