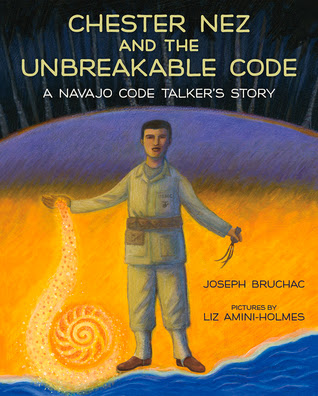 In 1929, when he was only 8 years old, Betoli was removed from his Native family and sent to the Navajo boarding school at Fort Defiance, Arizona, the very same place where Navajos had been held captive in the 1860s by the United States Army, after a forced long walk of 300 miles. At Fort Defiance, Betoli had his long, black hair cut short, was given the English name Chester, and forbidden to speak his native Navajo language. If children were caught speaking Navajo, their mouth would be washed out with yellow soap by a matron.

Every year, Chester returned to his family during the summer and kept his native ways. Then, in 1941, when he was in tenth grade, the United States entered World War II. In 1942, the US Marine Corps visited the Reservation. They wanted men who could speak English and Navajo to develop a code for sending messages that the Japanese codebreakers couldn't figure out. Initially, only 29 Navajos, including Chester, were chosen out of the many who volunteered, forming Platoon 382.

Slowly and methodically, they first developed an alphabet, then a vocabulary of words that wouldn't have to be spelled out each time they were used. So for example, the Navajo word for whale (lo-tso) became the code word for battleship. Once a complete code was developed, it was time to test it out on the battlefield. Chester and the other Navajo code talkers in Platoon 382 were sent to the Pacific Theater, where the code they created helped to finally defeat the Japanese.

Chester returned home after the war, but it had left its mark on him. His family arranged a four day long Enemy Way ceremony to help restore him to the "trail of beauty and the Right Way" so he would not have nightmares about war anymore.

Chester Nez and the Unbreakable Code is both a wonderful introduction for young readers about the history of the code talkers and of one man's strong determination to maintain his connection to his Navajo heritage no matter what. Bruchac is very familiar with this topic, having previously published a middle grade novel about the code talkers. However, he has successfully synthesized the information about Chester Nez's experience as a Navajo child and man with the history of the Navajo code.

According to the Author's Note, the hundreds of Native American who were code talkers were told to keep their work secret, even from their families, until 1968, when it was declassified and they could finally talk about the important contribution they had made during the war. But it wasn't until December 2000, when the Honoring the Navajo Code Talkers Act was enacted, that they were finally honored and awarded the medals they so rightly deserved.

Liz Amini-Holmes soft-focused, richly textured illustrations are painted in a palette of mainly yellows, blues, and greens that do much to capture the relationship Nez had with his Navajo culture and home, and the pain and loneliness  of being taken away to boarding school and later of fighting in the war. They are almost expressionistic in the way they express the emotions Chester must have felt rather than merely depicting the external events he lived through.

Besides the Author's Note, the back matter also includes some of The Navajo Code and a timeline of Chester Nez's life.

Bruchac begins each section of Chester's story with the month and year in which something occurred followed by an unfamiliar description, for example. October 1929: Month of Small Wind or September 1942: Month of Half. At first, I thought perhaps the descriptions were part of the Navajo lunar calendar, but it turns out to be the names of the month in Navajo code. That made me understand even more clearly just why the Japanese were unable to break it.

I highly recommend this picture book for older readers who might be interested in WWII and/or Navajo history.