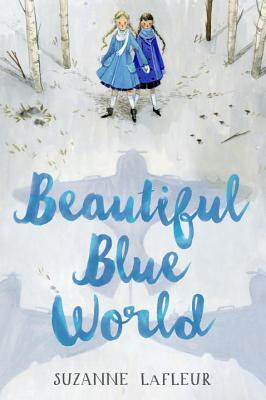 The country of Sofarende has been at war with the imperialistic Tyssia for a long time. For the families of best friends Mathilde Joss and Megs Swiller, both 12, that means little food, little sleep, and the nightly bombs dropped from airplanes, destroying their city, Lykellig, and their country. Then, a notice is given out at school that all children 12 and over are eligible to sit for an examination that would allow them be become part of an Adolescent Army.  Just what the Adolescent Army does is a mystery, but the renumeration offered to parents of children with the kind of aptitude they army is looking for is very tempting.

For Megs family it would mean more food on the table for all of her brothers and sisters. Things have been particularly difficult for them since their father was drafted into the army and, since they hadn’t heard from him in a long time, no one knows if he is dead or alive.

The Joss family is not quite a bad off as the Swillers.  There are fewer children and Mathilde’s father is still at home and has a job working in the post office. Mathilde isn’t particularly interested in taking the examination anyway.  After all, she has always been just an average student in school, unlike Megs who is always top in their class, so Mathilde isn’t too surprised when she learns that Megs has decided to sit for the exam. The two friends have always been inseparable and Megs success at getting accepted in the army would be the first time they would be apart.


In the end, Mathilde also sits for the exam. And no one is more surprised than Mathilde when she learns she is the only student in all of Lykellig to be accepted into the army’s program. Two days later, Mathilde finds herself alone on a train heading north until she finally arrives at Faetre. From there, she is taken to a remote manor house that has been taken over by the army, and disguised to look like a boarding school. Inside, Mathilde meets the other members of the Adolescent Army. Each one has a special ability or talent that enables them to do important intelligence work for the war effort.

After spending a few days watching the other children working, Mathilde is still not sure why she has been selected for the army's program, until she meets Rainer, a Tyssian soldier, now a POW, the only one to survive when his plane was shot down and crashed. Mathilde's assignment - to sit and talk to the recalcitrant Rainer every day. But why? What is she supposed to find out?

I found myself immediately pulled into Beautiful Blue World expecting to read a kind of reworked fairytale set during a make-believe war, in part because of the cover illustration.  Instead, I found myself reading a deceptively simple novel about a non-existent war in a non-existent country with some very dark overtones. In that respect, it is fantasy, not fairytale. But it is also about the impact war has on everyone involved - family, friends and foes. The story is told completely in Mathilde's voice - a curious complex mix of innocence and wisdom, of childish wishes and desires, of confusion mixed with astute observations and actions.

Beautiful Blue World has all the makings of an great anti-war novel focusing on the children caught up in a war, always its most vulnerable victims.  Sofarende and its enemy Tyssia will no doubt remind some readers of England and Germany in World War II.  Rationing, lack of heating and electricity, blackout curtains, and nightly bombing raids certainly carry the imprint of what we know about everyday life during war, as does the talk of sending children to the countryside where it is believed things are safer. Rainor, the Tyssian POW, has blond hair, blue eyes and the blind belief of what he has be taught by the leaders in his country so reminiscent of the Hitler Youth.

I mentioned the cover illustration which I think is deceptively brilliant. The two young girls holding hands and standing in a snowy forest in the center of the upper part of the illustration are, of course, Mathilde and Megs. They couldn't look more innocent, with their mittens and long braids.  But look closely under the title words and what you see is three planes heading their way. At first glance, the planes look like shadows on the snow from the forest. Could a picture be clearer about the impact of war on children?

Beautiful Blue World is a quiet novel that is not only an anti-war novel, it is also a coming of age book about personal growth, self-discovery and inner resilience set against that harshest of teachers - war.