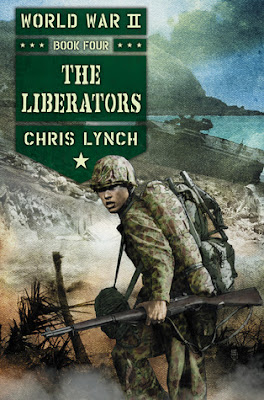 As much as he loved playing baseball, when the Eastern Shore League suspended operations in 1941 for the duration of the war, player Nick Nardini could understand why: "I guess it just seemed suddenly really dumb to have the fittest guys in America playin' ballgames when the rest of the world was out there killing each other in a war that was without a doubt gonna eventually include the USA."

Nick convinces his best friend and teammate Zachary Kleko to join the marines with him, despite the fact that Kleko has a girlfriend and the promise of a job at a plant in Ypsilanti, MI manufacturing B-24 Liberators (heavy bombers) for when the US enters the war.  Nick's idea is that they will go through basic training and the war on the buddy system.

Nick and Zach are first sent to Parris Island, SC for seven weeks of basic training, and then paramarine training at Camp Lejeune, NC, where they learn to how to parachute jump within 16 weeks.  Finally, after all those gruelling weeks and weeks of training, the two friends and the rest of their 650 troop Second Parachute Battalion set sail for the Pacific on an LST (Landing Ship, Tank) carrying supplies, including vehicles and ammunition.  They arrive at the pacific island of Vella Levella, recently won back from the Japanese with the help of New Zealand soldiers, but the enemy isn't finished there.  As the men and supplies are disembarking, Nick and Zach get their first taste of real fighting, attacked from above by enemy dive bombers,  who finally drop a 500 pound bomb on the LST.  Their job on Vella Lavella is to protect the airstrip there, strategically important for the Allies (the battle was fought in 1943, to give you a sense of time).

From Vella, they are sent to Choiseul Island, where they encounter 5,000 Japanese soldiers to their 650 troops.  The mission is to divert enemy attention (and men), so that the Third Marine Division can land at Bourgainville. It's a dangerous mission, code named Operation Blissful, especially because the Second Parachute Battalion will truly be on their own, without any backup.  Naturally, after making their slow, wet way through the jungle, they again encounter the enemy.  After that, there is a lot more fighting in store for Nick and his fellow Marines on different islands.  Eventually, though, Nick finds himself in a hospital with dengue fever, malaria and early stage jungle rot.  After six weeks, he is reunited with his battalion, heading for Okinawa, and another brutal battle, cut short by the bombing of Hiroshima and Nagasaki, ending the war in the Pacific theater.

Their next job is to enter Japan on a POW recovery mission.  Lynch brings his WWII series full circle when Nick and Zach find Hank McCallum, who recognizes Nick from past ballgames.  Hank, you may remember from Dead in the Water Book 2, was on the USS Yorktown when it took a direct hit and sank at Midway.  Now, with the war over, these three baseball players are ready to return to civilian life and the game they all love so much.

After reading and reviewing all the books in this series, there isn't much new I can say about them.  The Liberators is every bit as well written and researched as the other three books.  The main characters are all minor league baseball players on teams that make up the Eastern Shore Division, but they are all so different from each other that they really stand out as individuals.

Lynch's writing is sharp, and has the kind of snappy way of speaking that you find in many movies made between 1939 and 1945, whether or not they were war movies (I've often wondered if real people ever spoke like that).  His books are powerful and exciting, but some of the details he include, while realistic, will not make many young readers yearn to be part of a war.  The Liberators is narrated in the first person by Nick, following the same format used in all of Lynch's war books, including his Vietnam series, so the reader gets first hand experience of the action.

As much as I dislike looking at books through a gender lens, I really think that this World War II series (and the Vietnam series) will appeal more to boys than most girls, especially since there are very few females in them, and none with a major role (I don't think Lynch is a chauvinist, I think that the male perspective is simply what he knows best).

If you are looking for good realistic historical fiction about WWII, this is a series that is sure to appeal to you.

This should give you an idea of just where Nick and Zach were sent: 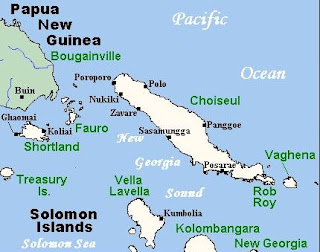