When I first started this blog way back in 2010, I wrote a post about my Kiddo graduating from college and going off to China to teach English.  Well, Kiddo had a great time in China, learned all kinds of new and interesting things and after two years, she came home in July 2012 - very changed.

Seems while Kiddo was in China, she met her soul mate, and it just happened that he was coming to America to study for a Master's Degree in August 2010 in San Francisco.  Naturally, August came and Kiddo was off to California.

In September 2012, Kiddo called and said "Guess what?  We are getting married - the day after Christmas.  Can we do it at home?"

I have never seen Kiddo so in love, so what could I say?  I called my cousin in NJ, an ordained minister, a few other relatives and friends, and the day after Christmas, Kiddo became Mrs. Kiddo and here is the happy couple: 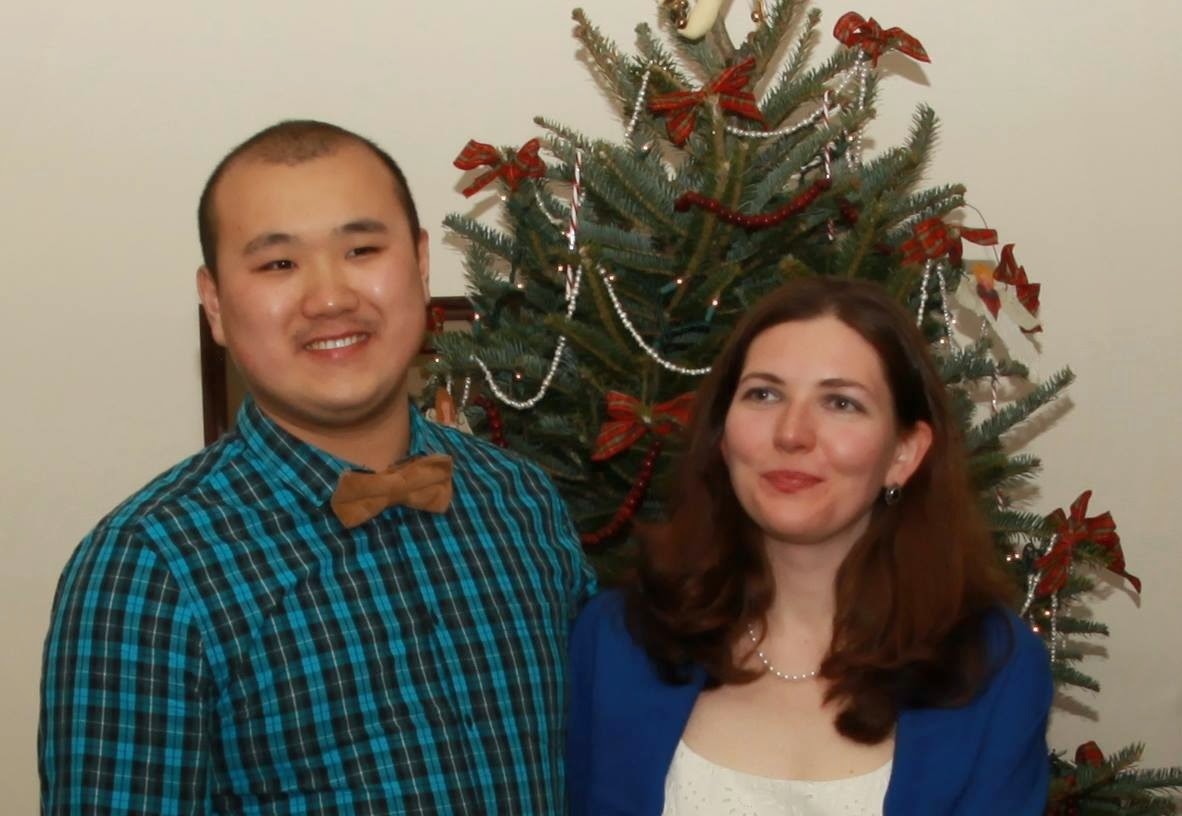 What does all this have to do with KidLitCon 2014?  Well, I am in San Francisco visiting the Kiddos and we have been have lots of fun, but I finally had to take a morning to catch up with life.  Unfortunately, my travel budget only allowed for one trans-continental trip and I already had this reservation before the KidLitCon 2014 announcement.  So, sadly, I will not be going to Sacramento.  Had I known earlier, I would have come here in October, but I hope everyone has fun and that those who are going will share their experience with the rest of us.