People always ask me if I collect WWII memorabilia/paraphernalia.  The answer is no, the only things I do own from that time are books and some magazines and they were originally purchased for a reason other than this blog.  I really only needed them for reading purposes, not as collector's items.  So, for example, I paid a mere $3.00 for this copy of Nurse Merton, Desert Captive because I needed it and didn't care that it was an old library copy that had not cover and was missing some front pages.

I also have a bunch of magazines for kids from that time and among them are some original issues of a magazine called Calling All Girls.

In July1941, the Parent's Magazine Institute began Calling All Girls for younger teenage girls.  Published on a monthly basis, each issue consisted of comics, fashion (but more along the lines of either sew it yourself or make do and update what you already own kind, not the buy-new-stuff kind of fashion,) stories and other articles that would be of interest to girls.

The United States didn't enter the war until December 1941 and it took Calling All Girls until sometime in 1942 to catch up with current events, but when it did, its pages were filled with war related articles, stories and comics.  Unlike those found in comic books or comic strips in the newspapers, the comics in Calling All Girls were always about girls or women and were designed to be informative.   I thought this one from July 1942 about infantile paralysis or polio was particularly good example of the type of comics found in this magazine.  It was both timely and interesting, since here had been polio epidemics in the 1930s and the 1940s, the March of Dimes had also been founded in 1935 and our wartime President Roosevelt was himself a victim of polio.
(Press images to make them larger) 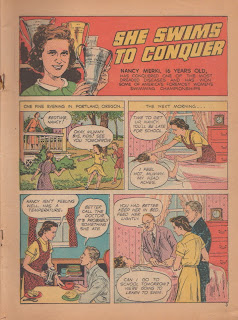 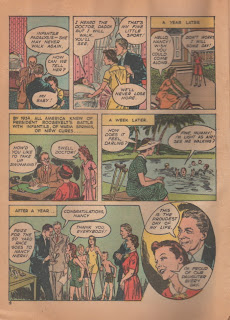 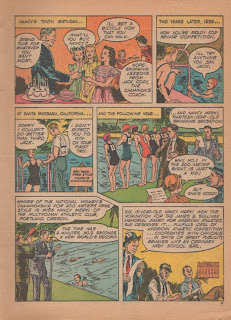 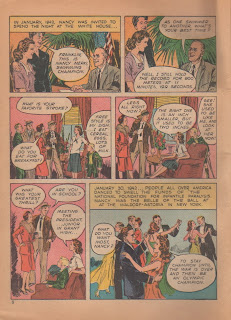 By the way, Joyce Moyer Hostetter has written a wonderful novel about polio during the war called Blue (my review here) which you might also enjoy reading. 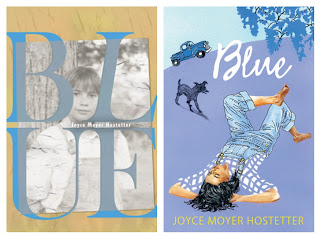