Sunday Funnies #7: How Superman Would End the War

In 1940, Superman was still a relatively new phenom in the comic culture world, but he already had a rather large fan base of kids and even adults.  So, in 1940, LOOK magazine asked Superman creators Jerry Siegel and Joe Schuster to create a two page strip showing how Superman would end the war in Europe (the US wasn't in the war yet.)  This is the strip as it appeared in the February 27, 1940 edition of LOOK: 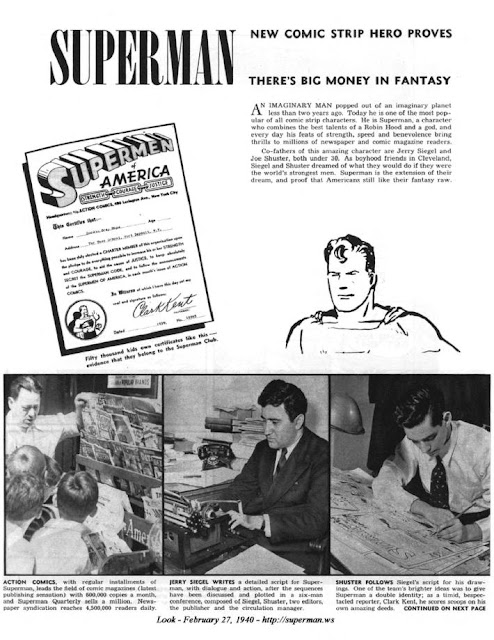 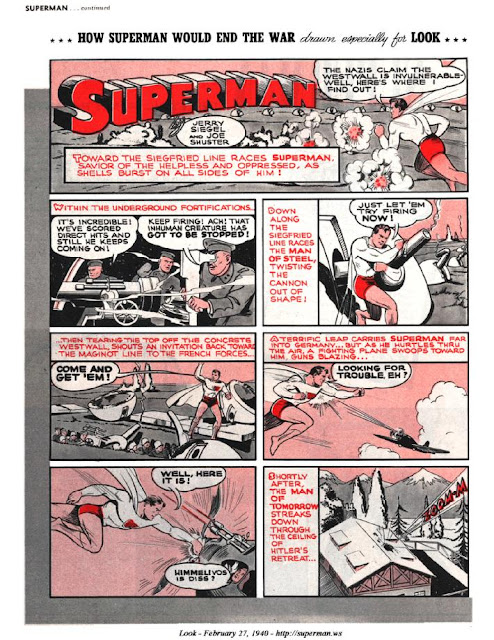 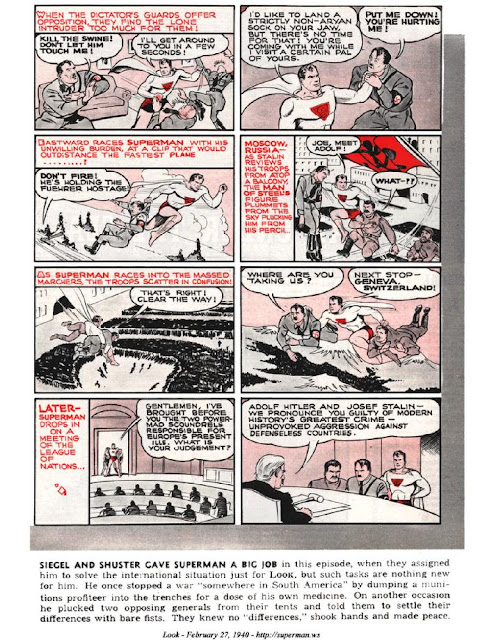 Well, it seems that the Nazi leadership in Berlin got wind of this strip created by two young Jewish Americans and didn't think it was very entertaining.  It is even rumored that Josef Goebbels, Minister of Propaganda, was so outraged that in anger he declared that Superman was Jewish!  Then, on April 25, 1940, an article appeared in Das Schwarze Korps with an ad hominem attack on Jerry Siegel and Superman.  I was curious to see this article before I wrote about it, so I went off to the NYPL and found it (recognize the picture of Jerry Siegel that they used? It is from the LOOK magazine article.)  The article is a odious rant about Siegel for being Jewish and Superman, whose deeds are compated to those of a "Colorado beetle." 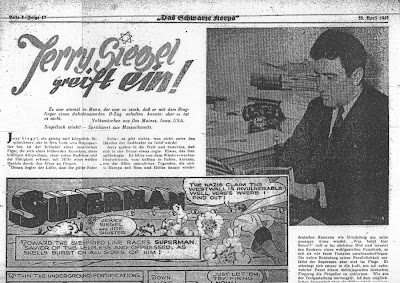 If you want to read some of what the annonymous article writer wrote, it has been translated and can be found here.  I can't in good conscience repeat it.

Superman, my favorite superhero, has gone through a lot of trials and tribulations since his creation in 1938.  He even died once, but he always manages to come back.  And I am pretty sure that this Nazi attack would have simply bounced off him just like bullets did - after all, he is the Man of Steel.