🎄Sunday Funnies #39: Batman: "The Loneliest Man in the World" 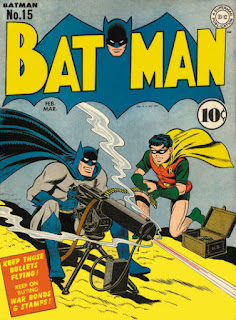 It's Christmas Eve, and realizing how fortunate they are, Batman and Robin have decided to spread some Christmas joy to those less fortunate, particularly the loneliest man in the the world. 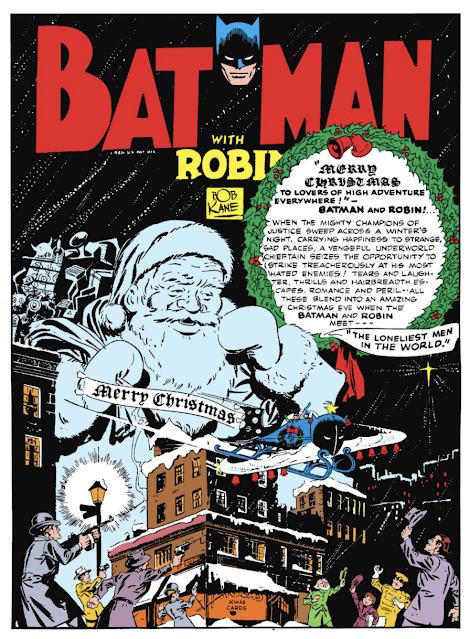 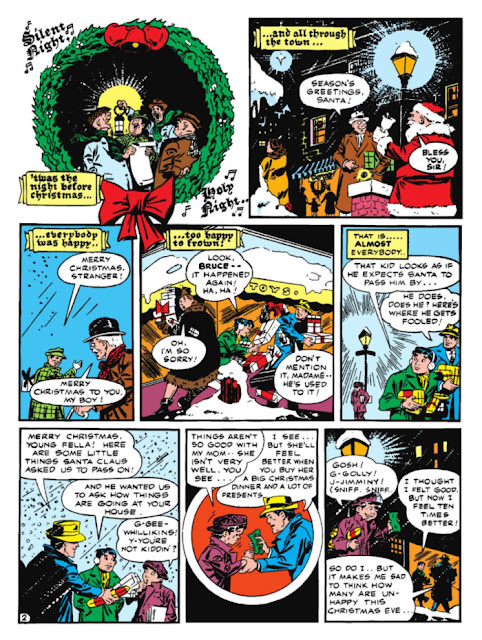 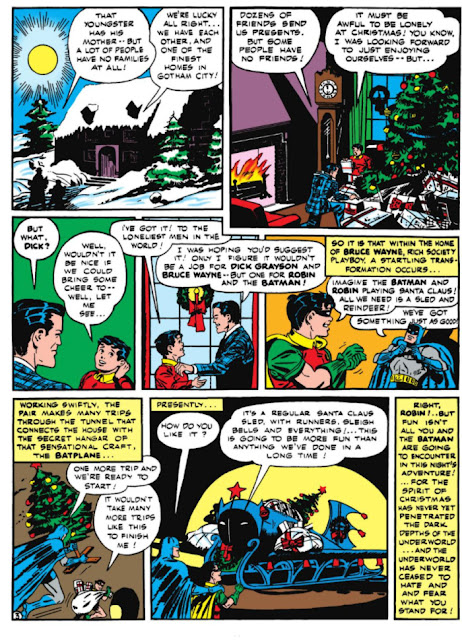 Before long, the Batplane is outfitted up to look just like Santa's sleigh. Their first stop is police headquaters, where Commissioner Gordon is reluctantly having to let the chief of an underworld gang, Dirk Dagner, go free for lack of evidence in some holdups. Unfortunately, Dirk is still there when Batman and Robin explain their plan to the Commissioner, a plan that gives Dirk a great idea. Meanwhile, Batman and Robin head over to the exclusive Crane Club, where doorman Ben Botts, feeling unappreciated, is convinced he's the loneliest man in the world. But, it turns out that a party has been planned to thank Ben for his 25 years of loyal service. 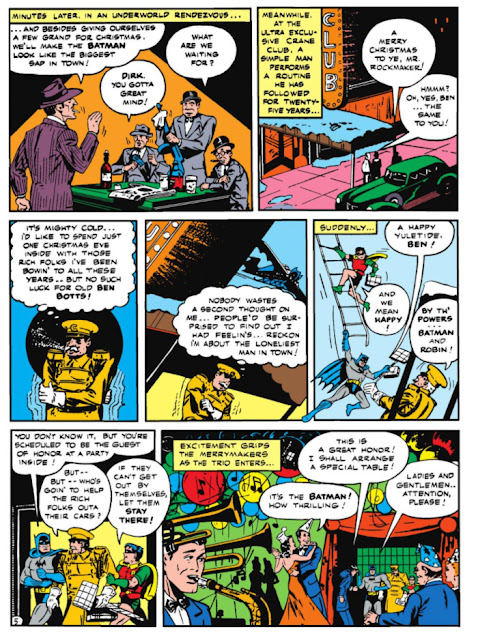 It's a wonderful party until Dirk Dagner and his gang show up to rob all the wealthy people of their money and jewelry. Their plan is thwarted by Batman and Robin, of course, with some help from Ben Botts and although the would-be thieves get away, the party continues. 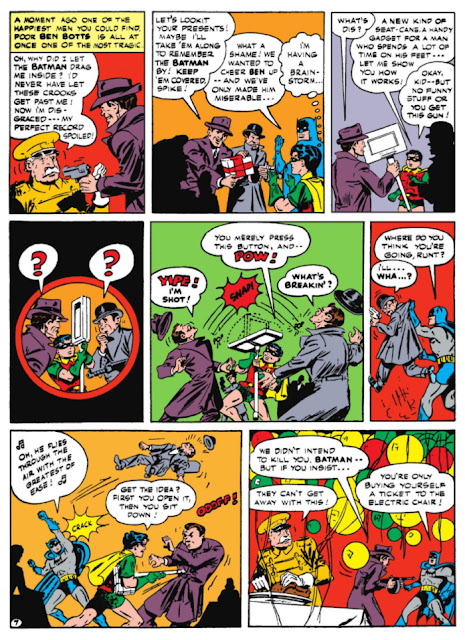 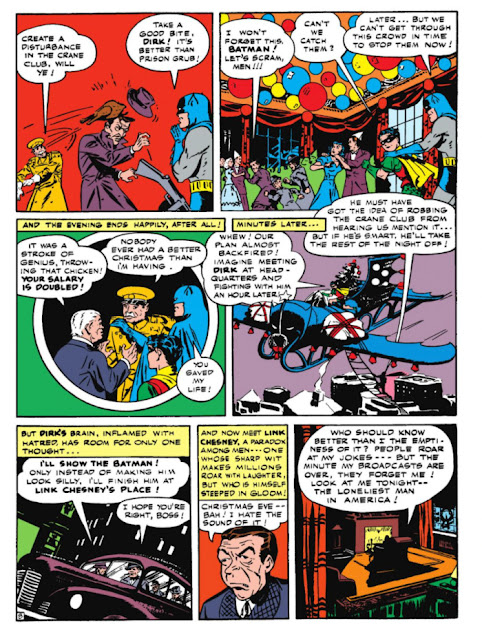 Batman and Robin's next stop is Link Chesney, a radio host who has made millions making people laugh, but who feels like people forget him the minute he is off the air. Alone, Link feels like the loneliest man in the world that Christmas Eve. That is until Batman and Robin show up. 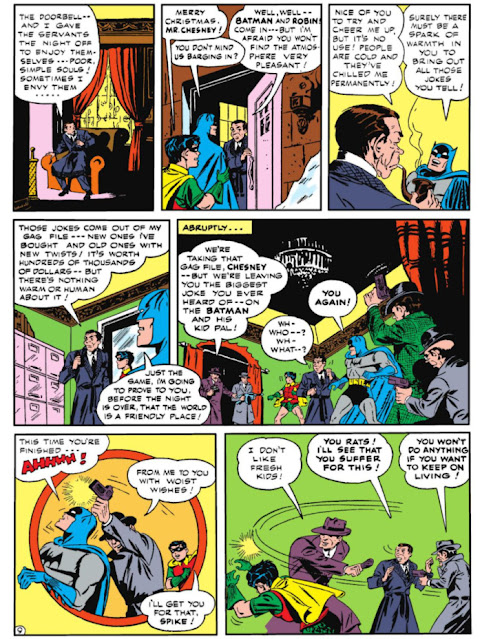 But when Dirk and his gang show up, too, and steal Link's valuable gag file containing all the jokes he's bought or written, then tie him up in such a way that if he moves he will hurt or even kill Batman and Robin. Quick thinking on Batman's part saves the day, and not a moment too soon - Dirk and his gang are headed over to Batman's third stop. When they leave Link, he's on a phone hookup arranged by Batman, and talking to all his fans, no longer feeling forgotten and lonely. 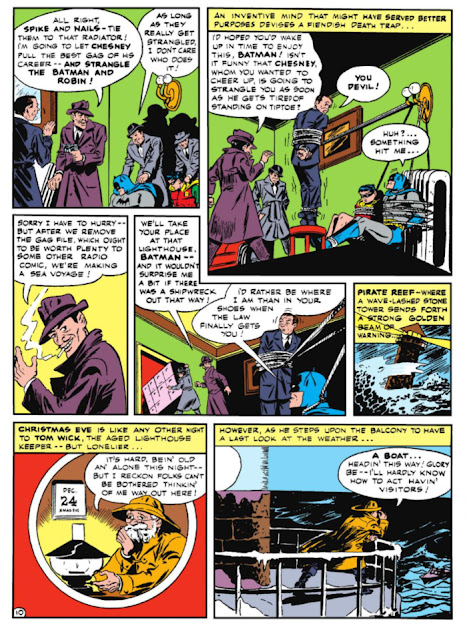 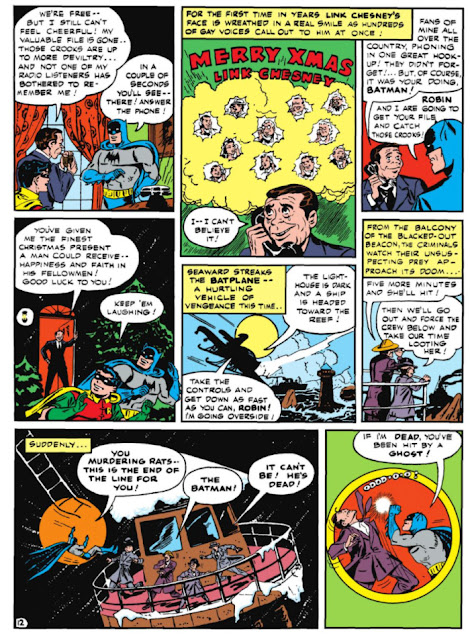 Hoping into the Batplane, Batman and Robin head over to Pirate Reef, where lighthouse keeper Tom Wick watches out for American ships and sailors bringing needed materials to far-flung battlefields. But on this Christmas Eve the seas are rough and Tom is nowhere to be found. Instead, Dirk and friends are waiting to loot an approaching ship once it hits the rocks around the lighthouse. 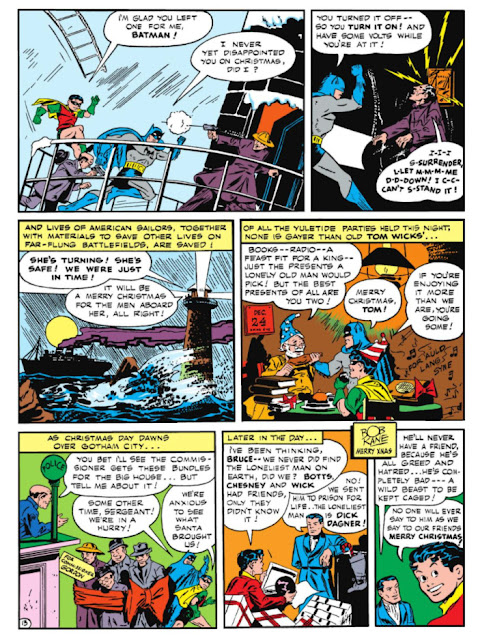 Luckily, Dirk's plan goes awry again and the ship and sailors are saved. And Tom Wicks? Well, it's a pretty happy Yuletide for him, thanks to Batman and Robin. Who was the loneliest man in the world? Robin asks. Dirk Dagner, Batman tells him, a man with no friends, who's all greed and hatred. At least on Christmas Eve, 1943, good won out over evil.