From his first appearance in the June 1938 issue of Action Comics #1 and all the way through World War II, Superman was a very popular figure. And yes, how Kal-El arrived in Smallville from Krypton as a baby and was adopted by Ma and Pa Kent, who renamed him Clark Kent, was explained from the beginning. But what about his childhood? Jerry Siegel thought about that and toward the end of 1938, he presented the idea to Detective Comics, but DC they turned it down - twice. Siegel had wanted Superboy to be a bit of a prankster, but the DC didn't think that would jive with the do-good image of Superman.

Unfortunately, in March 1938, Jerry Siegel and Joe Schuster, the artist behind the Superman character, had already sold the rights to the super hero's franchise, so they essentially no longer had a say in Superman matters.

Then, in 1944, after seeing the successful introduction of Robin the Boy Wonder into Batman stories, DC changed its mind about a Superboy story line. But by now, Jerry Siegel was in the Army and writing for Stars and Stripes while stationed in Hawaii. The Superboy origin story, which appeared in More Fun Comics #101 and published in late 1944 (issue date Jan/Feb 1945), was credited Jerry Siegel, but actually written by Don Cameron, and was supposedly drawn by Joe Schuster, though there is speculation that it was only drawn in his studio, not by Joe himself. 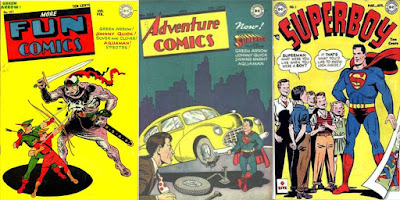 Superboy appeared in seven issues of More Fun Comics before he was moved to Adventure Comics #103 (issue date April, published February 1946), where he celebrates his 10th birthday, and finally, in 1949, the by now teenaged Superboy gets his own comic book. The first issue of Superboy appeared (Mar/Apr 1949, published January 1949). Superboy has had a number of incarnations over the years, but here is the original story: 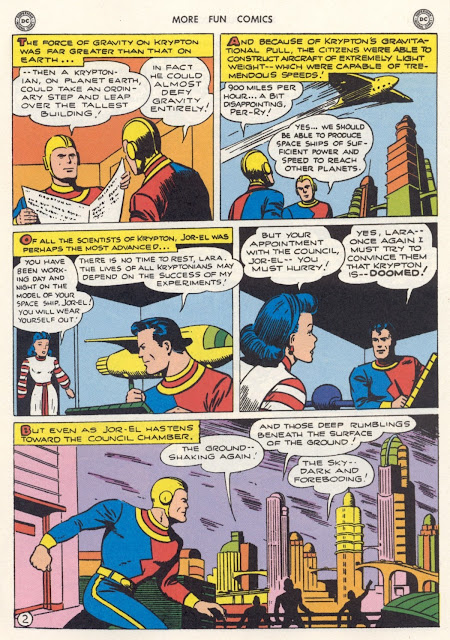 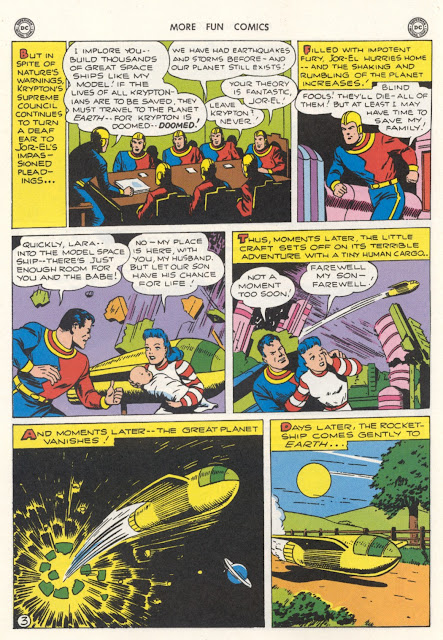 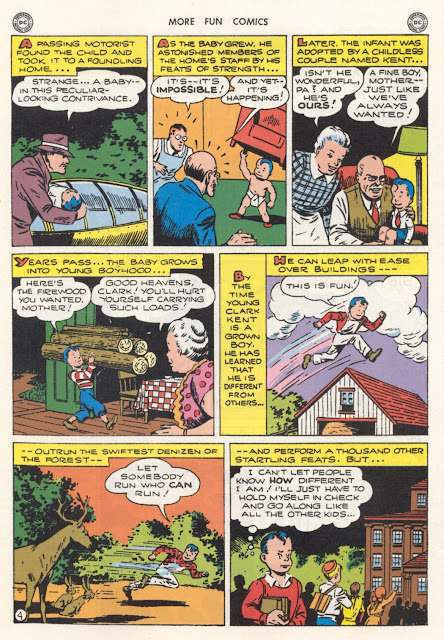 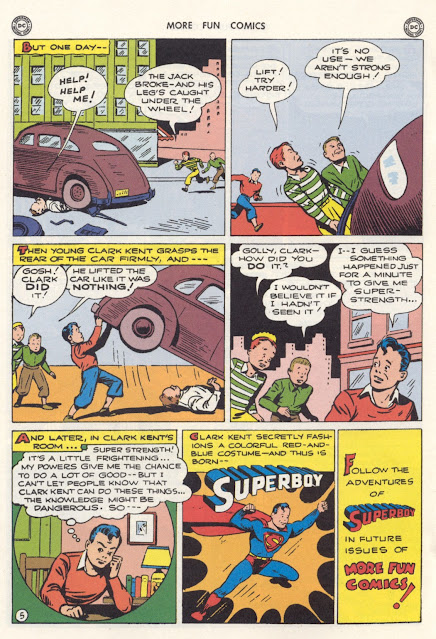