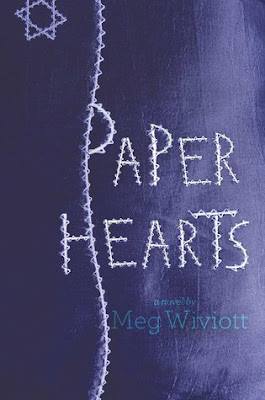 When the Germans arrive in June 1941, life changed for the Jews living in Prużany, a small town in Belarus.  For 17 year-old Zlatka Sznaiderhauz and her family - mother, father, younger brothers Iser and Lázaro, younger sister Necha - life became more and more difficult.  Restrictions meant no freedoms, no school, no jobs, little food and eventually life in a Nazi-created ghetto.  Before long, daily lists began to be posted for transports to Auschwitz-Birkenau.  On the third day, the Sznaiderhauz family was on the list.

Separated from her father and brothers, when they arrive at Auschwitz, Zlatka and Necha are sent to the right of the selection, her mother and brother Lázaro to the left and immediate death.

As Zlaka's story unfolds, so does Fania's in alternate chapters.  Fania, 18, is sent away from her home in Bialystok by her family to Augustów in the hope of saving her life since she looked the most Aryan.  Fania is quickly  arrested for being Jewish and sent first to Lomża Prison, later to Stuffhof, where she learns that the Bialystok Ghetto has been liquidated.  Heartbroken, Fania realizes she has lost her entire family.  Eventually, Fania, and the three friends she made in Lomża are transported to Auschwitz.

Finding themselves in the same barracks, at first Zlatka shuns Fania's offer of friendship, but after Necha's death, it is Fania who pulls Zlaka out of what could have been a fatal depression.  The two become friends and family to each other, determined to survive the brutal treatment they are subjected to in Auschwitz.

For Fania's 20th birthday, Zlatka decides to make her an origami birthday heart, an act of defiance that could cost them their lives. Zlatka does whatever she needs to - stealing, bartering, swapping - to get the materials for the heart.  When it was done, it was passed to every girl at their work table, 15 in all, to sign and add their wishes for Fania.  Even those girls who didn't speak Polish understand the importance of signing the heart.

Fania, Zlatka and the birthday heart survived Auschwitz, survived the death marches they were sent on at the end of the war, and survived the war.

Paper Hearts is a novel based on a true story.  It is written in free verse and I feel that the
form and content of the story coalesce so beautifully that the reader can almost feel as though they are travelling side by side with Zlattka and Fania through everything.

Meg Wiviott got the idea for this novel after seeing a 2010 documentary film called A Heart in Auschwitz.  The film chronicles the filmmakers quest to find Zlatka and Fania and bring them together again.  Intrigued, Wiviott began her own research, which included hearing Zlatka and Fania's Shoah testimonies (Zlatka's in Spanish, Fania's in Yiddish( and a visit to the Montreal Holocaust Memorial Centre to see the actual heart, which is on display there.

This is a heartbreaking yet beautiful story of friendship, hope and love in the midst of so much brutality, death and hate.

This book is recommended for readers age 12+
This book was borrowed from the NYPL
Posted by Alex at 11:19 AM

Email ThisBlogThis!Share to TwitterShare to FacebookShare to Pinterest
Labels: Friendship, Holocaust, YA