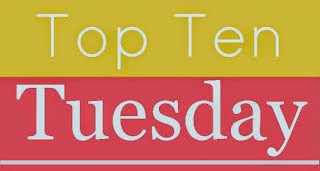 This week's topic, Top Ten Unique Books I've Read, came just as I was going over all my blog posts and creating a master index of them, before I begin breaking them down into categories.  I realized that over the time I have blogged, I have read a number of unique books for The Children's War, some reviewed, some not, and the last book has nothing to do with WWII, but it is Unique, with a capital U. 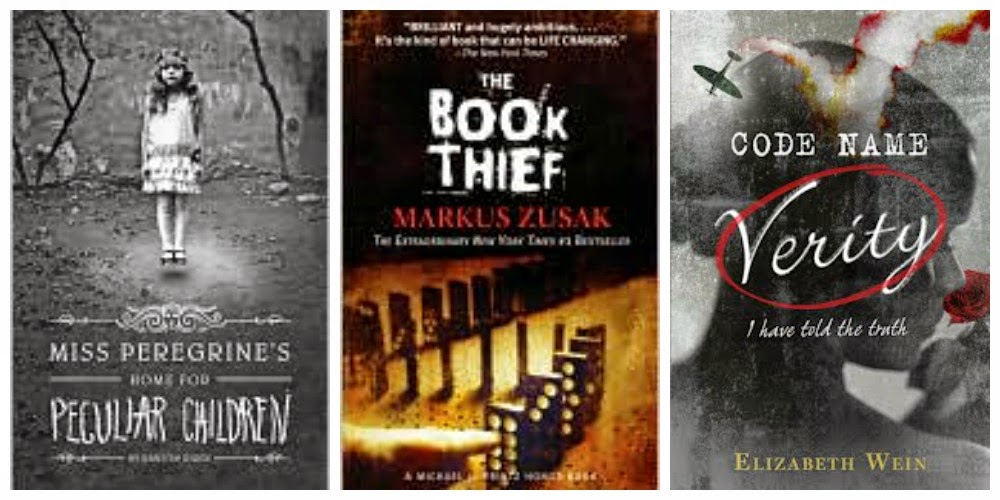 1- Miss Peregrine's Home for Peculiar Children by Ransom Riggs - the fantasy novel is told, in part, through the use of old, carefully chosen, unusual photographs and it totally works.

2- The Book Thief by Markus Zusak - the story of a young girl in Nazi Germany, told from the point of view of Death. 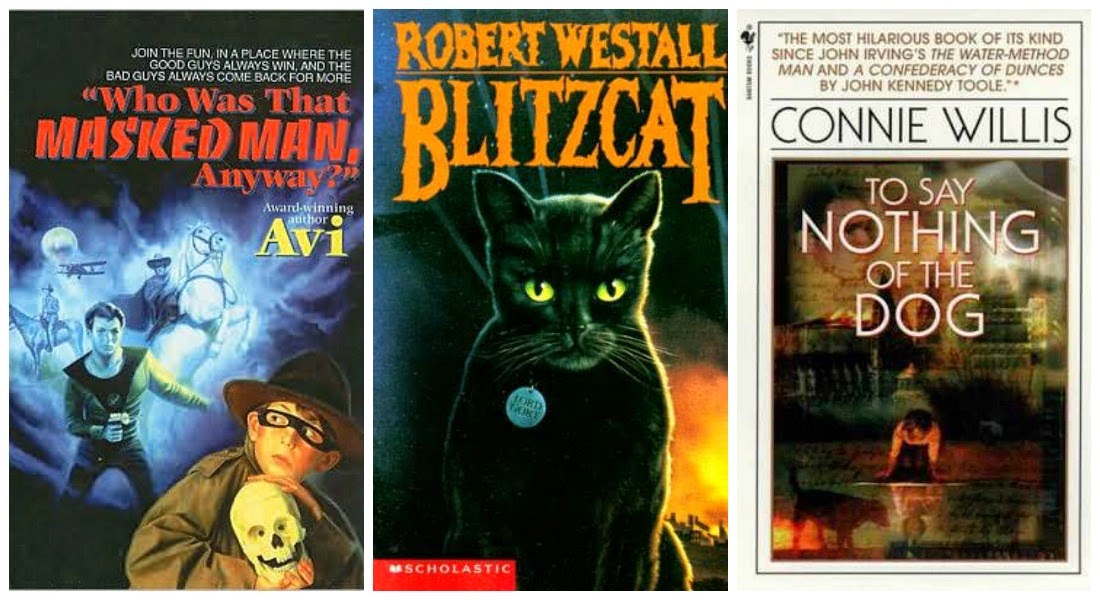 4- Who Was That Masked Man, Anyway? by Avi - the story of a boy in Brooklyn during the war, who is obsessed with radio programs like The Lone Ranger and dreams of being a hero, told entirely in Radio Dialogue.

5- Blitzcat by Robert Westall - Westall was a master storyteller for middle grade books, and in this one, he tells the story of Lord Gort, a female cat who goes searching for her owner, who is serving his country.  She crosses southern England and changing people's lives alone the way.  Westall never anthropomorphizing the cat, but it is written entirely from her point of view - really brilliant.

6- To Say Nothing of the Dog by Connie Willis - Willis is one of my favorite science fiction writers and another master storyteller, this time travel goes from the future to 1940 Coventry, to Victorian Coventry trying to prevent a rip in the time continuum and it is another brilliant piece of writing. 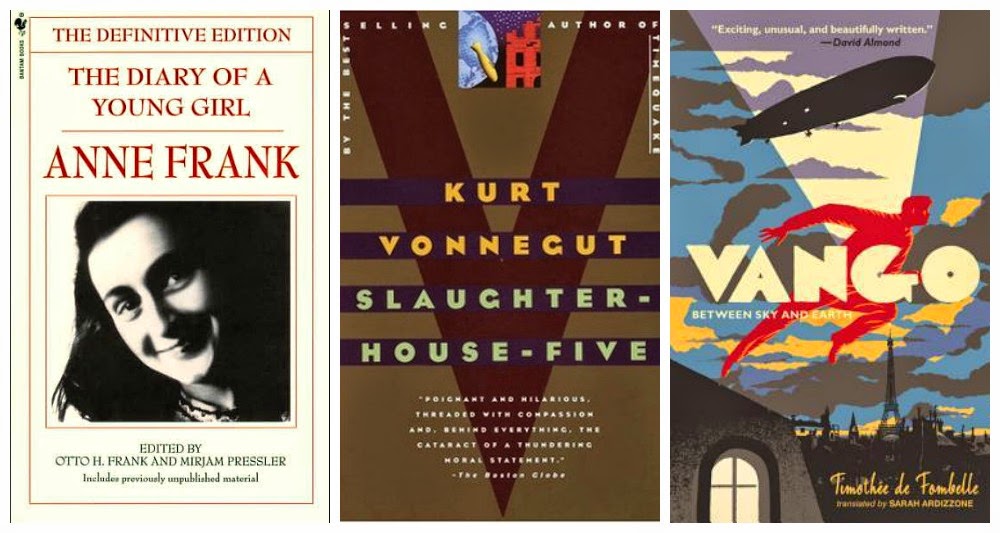 7- The Diary of a Young Girl by Anne Frank - Anne gives the reader a unique, first hand look at what it was like to be a young, Jewish girl hiding from the Nazis with her family in Amsterdam at a time when it was dangerous to be Jewish.

8- Slaughterhouse-Five by Kurt Vonnegut - a favorite on high school banned books lists, this fantasy novel gives a unique perspective on war and especially on the Allied firebombing of Dresden, from the point of view of an American POW being held in that city.  It is stunning in the way it normalizes the brutality of war in four simple words - and so it goes.

9- Vango by Timothee de Fombelle - the first book in a trilogy, it tells the story of Vango as he travels through the 1930s, and the dangerous political climate in Europe of the time unfolds as he tries to prove himself innocent of a crime he has be charged with committing.

10- The True Tale of the Monster Billy Dean Telt by hisself by David Almond - Billy has been kept hidden away in a back room since he was born at the start of "day of endless war & at the moment of disaster."  Now 13, he has come out into a post-apocalyptic world, uneducated but possessing healing power, the question is whether he is an angel or a monster.  This is unique because the entire book, told from Billy's point of view, is completely written phonetically.

What are the Top Ten Most Unique Books you have read?