Your Hit Parade #2: I'll Be Home for Christmas

Because of copyright laws, music can't be included, but if you click this
you can listen to the original song on YouTube

If White Christmas was sentimental chart topping holiday song of 1942, you might expect that I'll Be Home for Christmas would have filled that same slot when it came out in 1943.  After all, it was written specifically as a wartime Christmas song.  1943 was the third Christmas of the war for America, and the fifth for the other Allied and Axis countries.  By now, people were feeling the full impact of the war as more and more telegrams arrived at more and more front doors and blue stars on service flags* hanging in windows were changed to gold stars and that may have played a part in the songs popularity.

The lyrics to I'll Be Home for Christmas were written in 1942 by James "Kim" Gannon.  According to Ace Collins, Gannon was inspired by what he saw around him in Brooklyn:


The streets were decorated, trees were sold on corner lots, and Santas still rang their bells and smiled at children, but the war had cast a pall over the holiday.  It was hard to think of presents or peace on earth...To make it all worse, no one was completely sure that the United States and its allies could even win the war. (pg 92)

When he had finished, he brought the song to Walter Kent, who has already had success with his hit song "White Cliffs of Dover"and it was set to music.  Bing Crosby recorded I'll Be Home for Christmas on October 4, 1943 and it was released shortly after that.

Gannon would have seemed to have captured the desires of those on the home front as well as those on the front lines when he when penned the first 11 lines of I'll Be Home for Christmas but then came the melancholy reality in the last line: "But only in my dreams."  Yet, this seemingly perfect wartime Christmas song never was the hit that White Christmas became, despite Crosby's lilting baritone.  For the most part, it occupied third place on Billboard's charts, and doesn't seem to have made it way to The Hit Parade's top weekly countdown.

I'll Be Home for Christmas may not have been a Number 1 hit at home, but, at Christmas USO shows on both fronts, it was the most requested song by those stationed overseas during the war.  This isn't surprising - the lyrics read like a letter being written by a soldier to his family back home:


I'll be home for Christmas
You can plan on me
Please have snow and mistletoe
And presents on the tree.

Christmas Eve will find me
Where the lovelight gleams
I'll be home for Christmas
If only in my dreams.

After the war, I'll Be Home for Christmas was heard much anymore, not until 1965.  Since then, though it still lags behind White Christmas in overall popularity, it has continued to be recorded by various artists.


The copyright for I'll Be Home for Christmas was granted to Gannon and Kent, but if you look closely at the original sheet music, you can see a third name - Buck Ram.  There was some controversy over the original song's ownership and if you are interested, you can find it nicely explained over at Steyn Online. 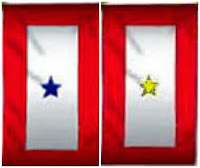 Collins, Ace.  Stories Behind the Best-Loved Songs of Christmas.  Grand Rapids, MI: Zondervan, 2001.
Posted by Alex at 8:00 AM