The Extra by Kathryn Lasky 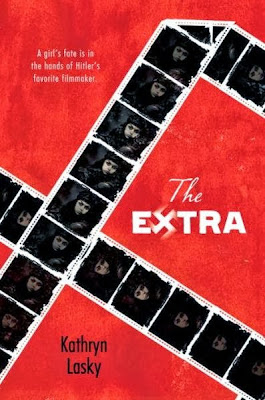 Like all the Gypsies living in Vienna in early autumn 1940, Lilian "Lilo" Friwald, 15, had been required to register at the police station along with her father, a master clockmaker and mother, a talented lace maker.  But now, as kids in Lilo's school began to disappear, she remembered the rumors about Gypsies being rounded up in eastern Austria and sent to internment camps.  But although the Friwalds were also of Gypsy descent, they were settled Sinti, not like the Roma who were more nomadic.

But not long after the SS show up at their door,  the Friwalds find themselves in Buchenwald Concentration Camp, where Lilo and her mother are separated from her father.

In Buchenwald, Lilo meets Django, already a veteran of three other camps.  She quickly learns he is also a master at "organizing" - obtaining hard to come by things like food, clothes, and even information about Lilo's father.  But Buchenwald is only a short stay and soon Lilo, her mother and Django are sent to Maxglan Concentration Camp, a work camp near Salzburg, Austria.

Shortly after arriving at Maxglan, the prisoners are called out for what they think is just another endless roll call.  What a surprise for Lilo when she saw Hitler's favorite filmmaker, Leni Riefenstal, walking among them, tall and elegant.  Riefenstahl was looking for Gypsies who looked Spanish to act as extras for her new movie Tiefland. Lilo, her mother and Django were all among the chosen.

Would this prove to be a lucky opportunity for survival until the war ended for the three new movie extras?

I was very excited when I read about this book and was lucky enough to receive an ARC of it at this years BEA.  The story is based on a true experience and to my knowledge, an aspect of WWII that has never been explored in MG/YA literature.

The basic story is pretty good.  Kathryn Lasky has presented a new and interesting view of the plight of the Romani under the Nazis through Lilo, her family and the other prisoners.  She doesn't sugar coat their experience, and there are parts that are difficult to read because they really make you feel the capriciousness of life as a victim of the Nazis.  On the other hand, through Lilo's experiences, Lasky does include people who were willing to risk their lives to help whenever they could.

Lilo was a great female character.  The reader can really see her development from a naive, scared schoolgirl to a young woman who courageously decides that the Nazis were not going to decide her fate, regardless the outcome.  AND she doesn't need Django to help her carry out her decision.

I also liked Lasky's portrayal of Riefenstahl.  Riefenstahl was a very self-centered person and a demanding, perfectionist filmmaker, and that really came out in The Extra.  She did, indeed, use Romani from Maxglan in Tiefland, and for years afterward, claimed she did not know the fate of the extras after their part in the film was completed.  Riefenstahl certainly contributed many excellent techniques to the art of filmmaking, but I personally never believed her denials about anything having to do with the Nazis.  Still, there was ambiguity surrounding the extras in the film and that comes out in the novel as well.

What bothered me:
This part is really hard to write because I have such respect for Kathryn Lasky as a writer.  What didn't work for me was the time changes Lasky took for the sake of storytelling.  Now, I have read lots of books where this is done.  But usually the time change is not so drastic.  Throughout The Extra, Django talks about extermination camps and people being sent east to be killed in them.  The Extra begins in autumn 1940 and by June 1941, filming for the Romani was pretty much wrapping up.  During this whole time, there were no extermination camps.  The first extermination camp was Chelmo and it wasn't operational until December 1941.  Additionally, as a group, Romani were not sent to extermination camps until December 1942 when they were sent to Auschwitz.  Using work camp would have been much more authentic and they were just a scary.  Work camps had been around since 1933 when Dachau was opened and the idea behind them was to simply work prisoners to death and replace them with new ones, and people did know about this practice in 1940.

I wouldn't not recommend this book because of the time change, but I would hope that readers will take the time to read the Author's Note at the back of the book.

Lilo's character is based on two young woman that were film extras (and who were the only members of their families to survive the Nazis).  Anna Blach was Riefenstahl's horse riding stand-in.  However, Lilo was modeled more on an extra named Rosa Winter.  You can read more about Anna Winter HERE. 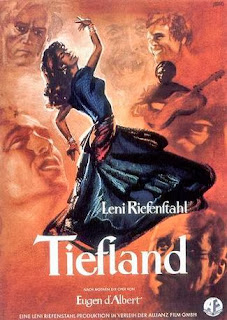