Weekend Cooking #19: Victory through Colman's Mustard and The Three Mustardeers

When I was growing up, we always had Colman's Mustard on the table.  It was always the dry kind that had to be mixed up in order to use it.  And it went on everything.  So, naturally, when I struck out on my own, I continued to use Colman's Mustard because sometimes the apple just doesn't fall that far from the tree.

Funny thing, though, the other day I was going through some old girl's magazines looking for something completely unrelated to mustard, when I came across an ad that I knew was there but never really paid attention to.  Turns out, it was a very short story involving three kids - Jim, Mary and Roger.  They were The Three Mustardeers, who solved crimes and at the end of the story there was a plug for Colman's Mustard.   The magazines I own were published during the war, so, as one might expect, there were new war related stories every month.

I tried to find out more information on this advertising campaign involving this crime-fighting trio, The Three Mustardeers, but found nothing.  I do know that besides the Girl's Own Paper, these ads appeared in other children's publications, like the Boy's Own Paper and The Children's Newspaper and they continued for a while after the war.

There was always a central villain, The Man with the Twisted Finger, who managed to get away each month, just as the The Three Mustardeers exposed his latest attempt to help the Führer defeat England.

I have included three stories below to give you an idea of what they were like, but first some Colman's trivia:

In the 1926, Dorothy Sayers was working in advertising and created an advertising campaign for Colman's Mustard called The Mustard Club, which became immensely popular for a while.  And yes, a similar campaign showed in Murder Must Advertise for Whifflets Cigarettes and tells his friend "It'll be the biggest advertising stunt since The Mustard Club."

Apparently, Dorothy was also responsible for creating a Colman's Mustard slogan that went "Come on, Colman's, light my fire."

And if you are ever in Norwich, England, be sure to visit the Colman's Mustard Shop and Museum.

Now, some adventures of The Three Mustardeers:

Now, I want a nice corned beef on rye with lots of mustard - Colman's, of course!

Weekend Cooking, one of my favorite memes, is hosted weekly by Beth Fish Reads. 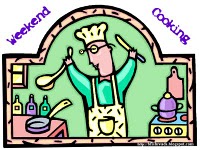