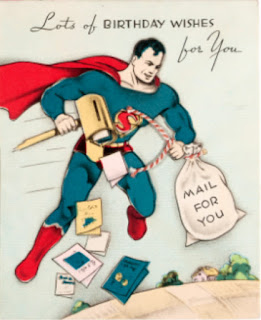 It's Leap Year! And February 29th is the generally accepted date of Superman's Birthday, and I'm not even going to guess at how old that makes him. Instead, I thought I would share one of my favorite Superman stories, called "I Sustain the Wings." It's about the Training Aviation Cadets program that  was done at Yale University. It's purpose was to train officers for the Army Air Corps, but a rival newspaper claims the program was too soft. So Perry White, head of the Daily Planet, sends Clark Kent undercover to check it out: 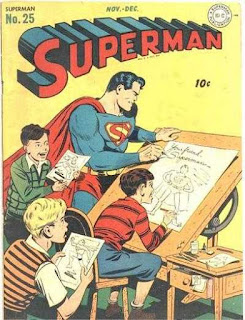 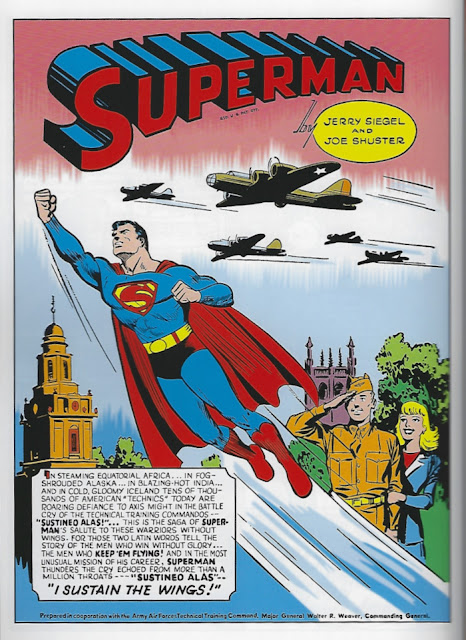 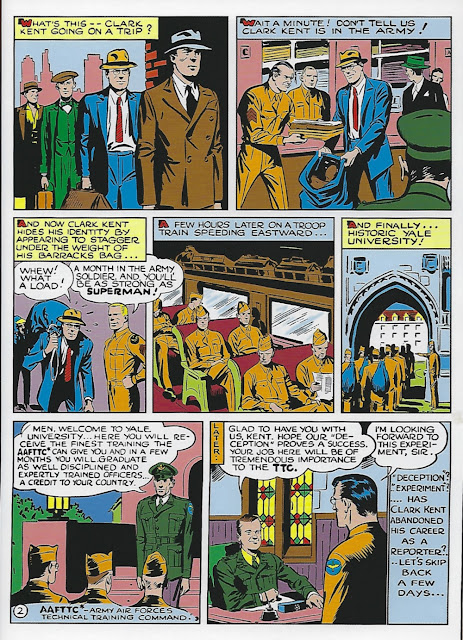 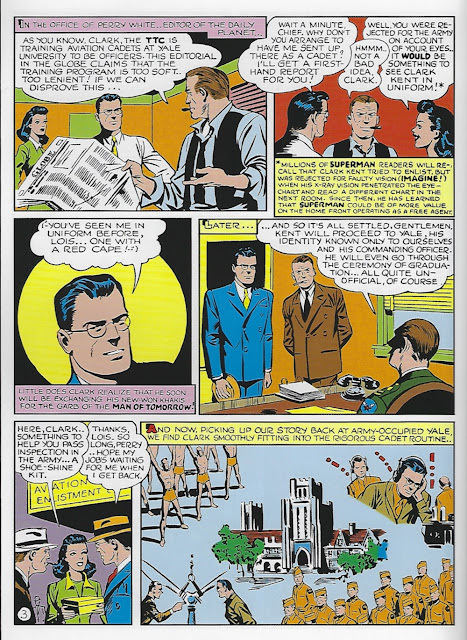 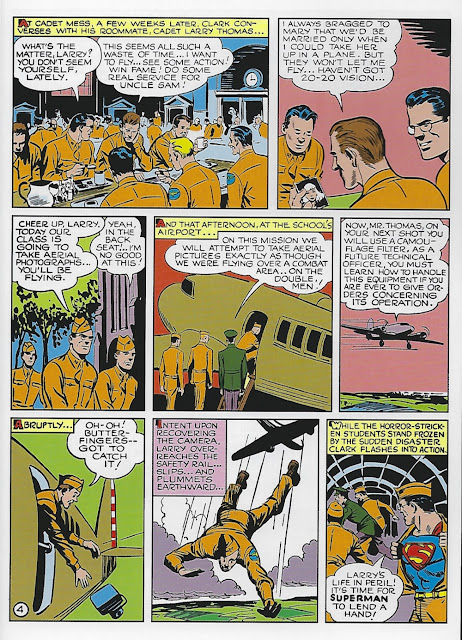 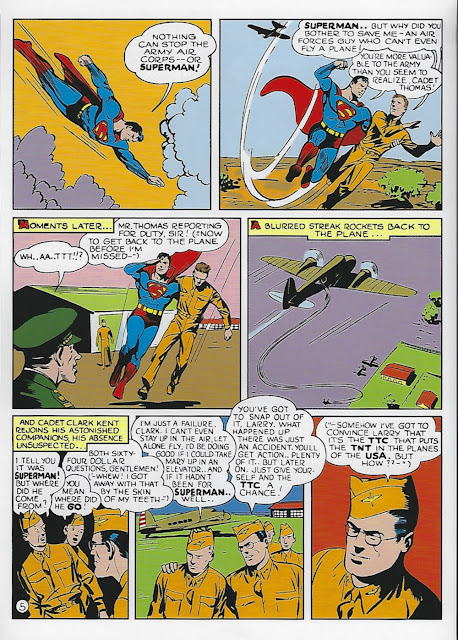 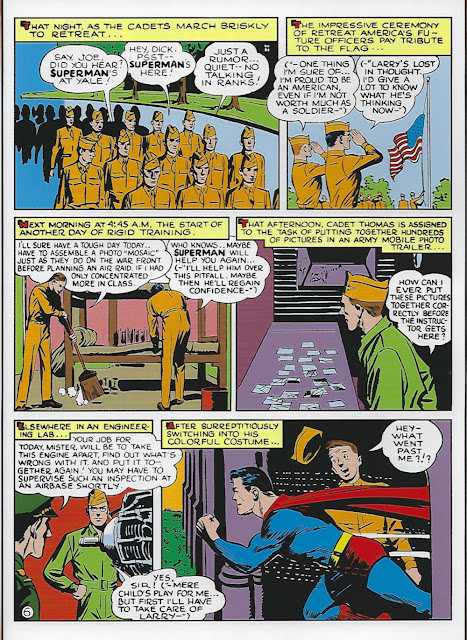 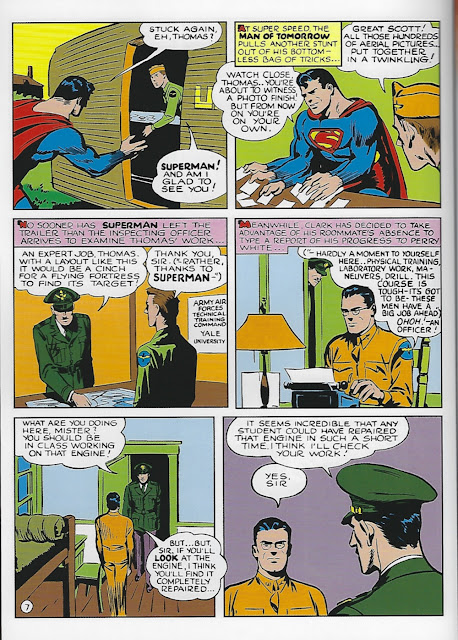 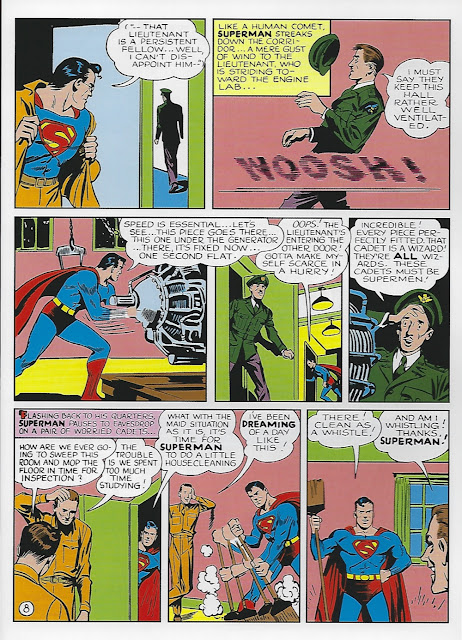 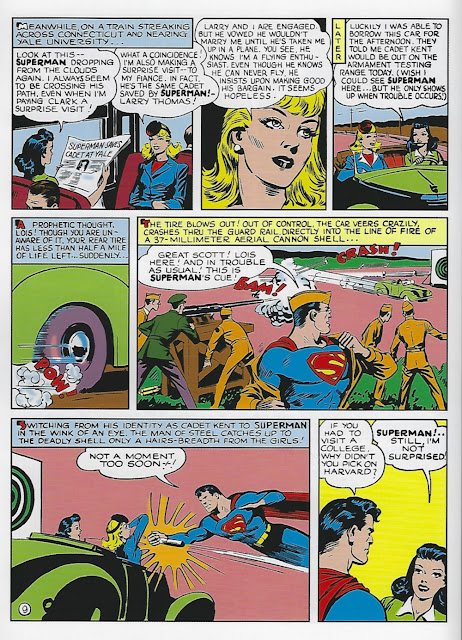 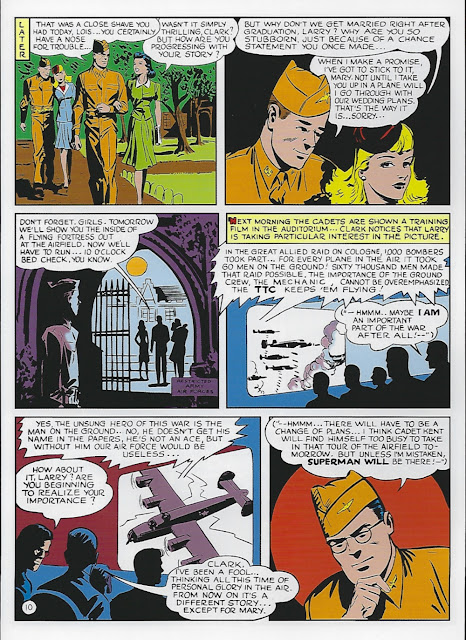 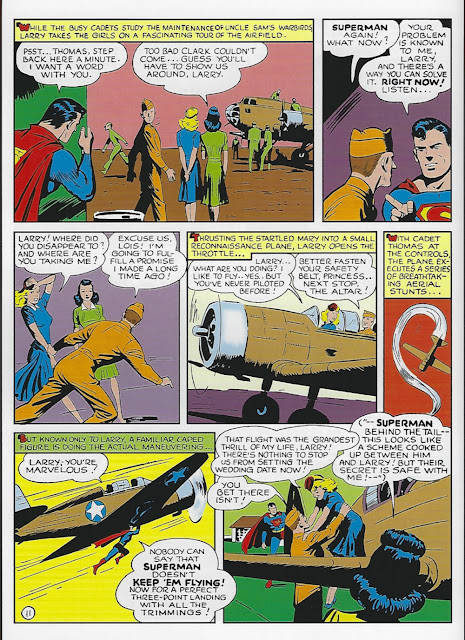 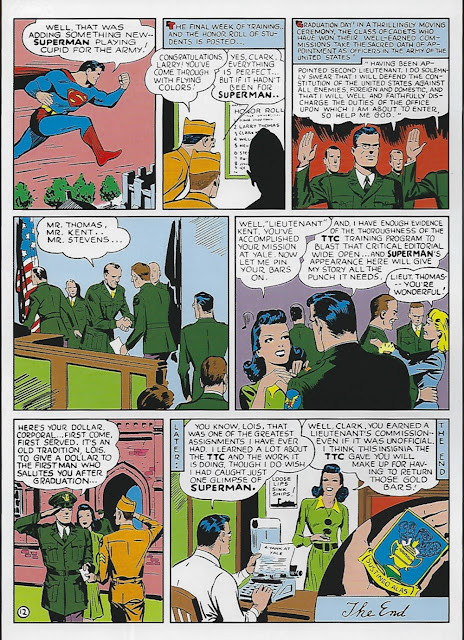 FYI: Sustineo Alas is the motto of the USAAF and means I Sustain the Wings or Keep 'Em Flying. I Sustain the Wings was  also an big band/jazz composition written by Captain Glenn Miller, John Chalmers, Private Sol Meyer, and Master Sergeant Norman Leyden in 1943. It was the name and theme song of Miller's popular radio broadcast from September 1943 to June 1944, where he conducted the Army Air Force Band. 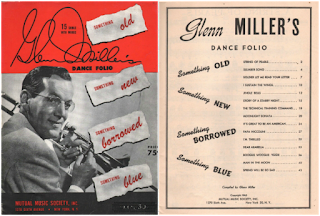