"The soldier above all others prays for peace, for it is the soldier who must suffer and
bear the deepest wounds and scars of war."
Douglas MacArthur 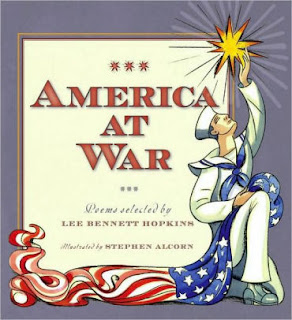 Today is Veterans Day, a day to honor the men and women who serve in the Armed Forces. This year, I would like to share a poem called "America's Welcome Home" by Henry Van Dyke (1852-1933), an American poet, educator, and Presbyterian minister. I found this poem in an anthology for young readers called America At War, edited by Lee Bennett Hopkins (1938-2019). I chose this poem because Veterans Day, as you may know, was originally called Armistice Day. The poem was written at the end of World War I, with the signing of the armistice on November 11, 1918 and calling for a ceasefire beginning at 11 o'clock in the morning. 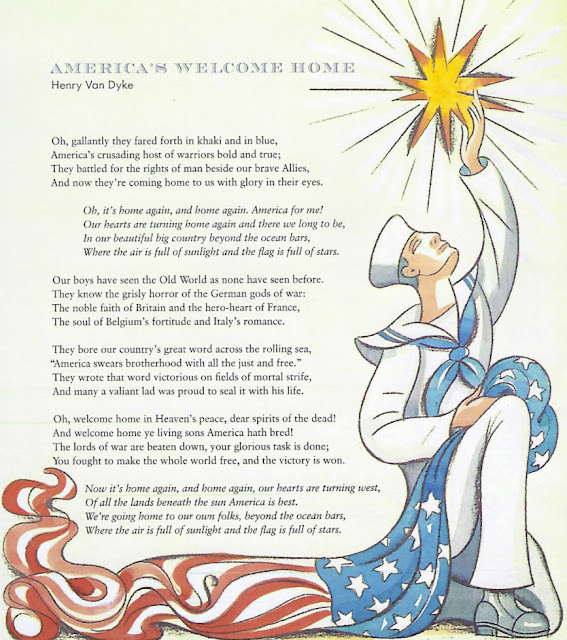